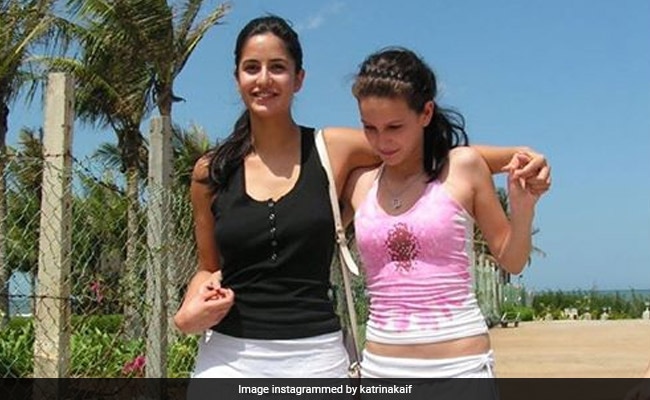 Katrina Kaif's sister Isabelle celebrated her birthday on Monday and making the occasion extra special for her younger sister, the actress wished her in the most adorable way on social media. Katrina Kaif shared a picture of herself and Isabelle on Instagram and accompanied it with a sweet yet powerful message for her sister. She wrote: "Happiest birthday, Isabelle. Always got your back." In the photo, Katrina and Isabelle can be seen twinning in long white skirts. While the actress wore a black top, Isabelle went for a pink crop top. Isabelle is one of Katrina's seven siblings. Take a look at Katrina's birthday wish for Isabelle here:

Happiest birthday @isakaif ... always got ur back

Isabelle Kaif is a model as well as an actress. She made her film debut with Canadian director Jean-Francois Pouliot's Dr Cabbie, co-produced by Salman Khan in the year 2014. She is now all set to make her Bollywood debut with Karan Lalit Butani's Kwatha, which will also feature Aayush Sharma.

Katrina Kaif often shares pictures of herself and her sisters on social media. To save you the trouble, we have handpicked a few of those pictures for you. Take a look:

On the work front, Katrina Kaif was last seen in Bharat, in which she shared screen space with Salman Khan. The actress, who has previously worked with Salman in a number of films such as Maine Pyaar Kyun Kiya and Tiger Zinda Hai to name a few, played his love interest in the film. Katrina will next be seen in Sooryavanshi.