"May the josh always be high," wrote Katrina Kaif 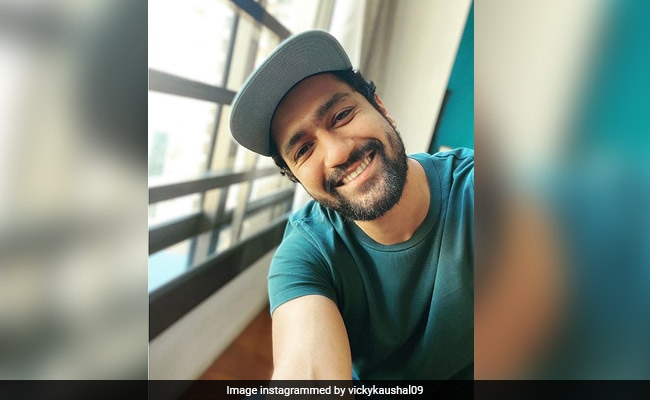 First, happy birthday, Vicky Kaushal! As the actor turned 32, several Bollywood's A-listers showered the birthday boy with a whole lot of love. On Saturday, wishes poured in for the Uri actor on social media, with some of the adorable birthday greetings arriving from Vicky Kaushal's onscreen actresses like Taapsee Pannu and Kiara Advani among others. Needless to say, the most special wish came from Katrina Kaif, who is rumoured to be dating the actor. Katrina shared an artwork based on Vicky's character from his 2019 film Uri: The Surgical Strike, which fetched the actor the National Film Award for the Best Actor, and wrote: "May the josh always be high. Happy birthday, Vicky Kaushal." 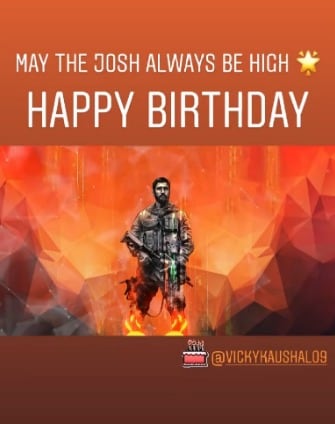 Taapsee Pannu, who worked with the actor in the 2018 film Manmarziyaan, posted a really cute photo of herself and Vicky Kaushal from the sets of their film and wrote: "Happy birthday, mere neele kukkad. Stay the boring black and white you are, always...Still one of the favourite pictures of us." Karan Johar, who has directed Vicky Kaushal in Netflix's Lust Stories, shared a picture of the birthday boy on his Instagram story. His note for Vicky read: "Happy birthday to the boy with the kindest smile and hugest talent. Big love to you, Vicky!" Karan and Vicky have reunited for the former's period drama Takht. 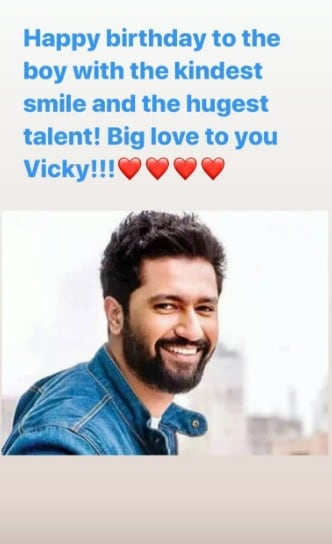 Wishing the actor, Shilpa Shetty wrote: "Happiest birthday, Vicky Kaushal! May you always have this josh. Wishing you loads of love, happiness and success." 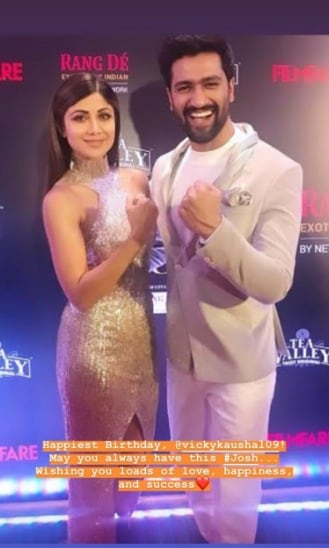 Neha Dhupia, who has worked with Vicky Kaushal in Karan Johar's segment of Netflix's Lust Stories, shared a photo of themselves and wrote: "Happy birthday, sabke pyaare aur sabse pyaare Vicky Kaushal ... sending you so much love."

Kiara Advani, who was also a part of Karan Johar's segment of Lust Stories, shared a goofy picture of herself and Vicky Kaushal on her Instagram story. 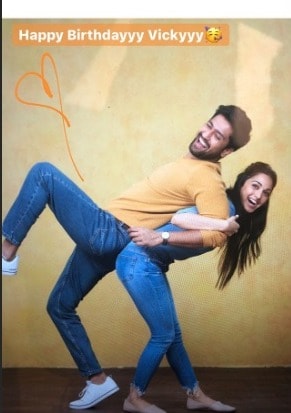 Ayushmann Khurrana's birthday wish for Vicky Kaushal arrived like this: Vicky Kaushal's brother, actor Sunny Kaushal, shared a set of pictures from their childhood and captioned his post in Hindi.

Vicky Kaushal was last seen in Bhoot: Part One - The Haunted Ship.