Katrina Kaif On Life After Marriage With Vicky Kaushal: "It's Nice To Have A Person Like That" 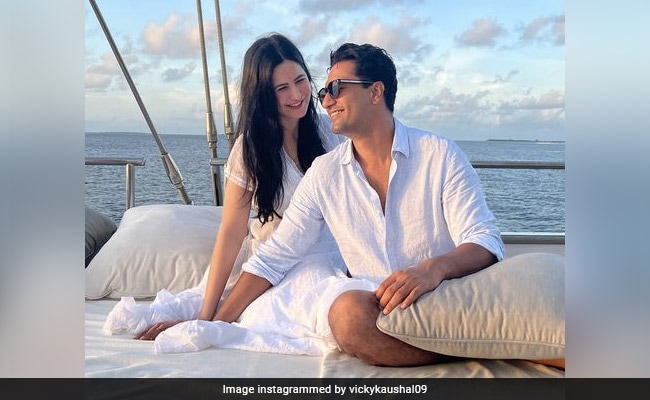 Katrina Kaif, who is gearing up for the release of her upcoming horror-comedy movie Phone Bhoot, opened up on life after marriage. Katrina Kaif got married to Vicky Kaushal in an intimate yet lavish wedding in Rajasthan. Now, speaking to Pinkvilla, the actress said that her life has been "really beautiful and wonderful". She added that Vicky is a "wonderful person," but they don't get enough time together as they are busy shooting for their upcoming films. "Marriage is a big change in anyone's life, you are now sharing your life with a person and you're living together," Pinkvilla quoted the actress saying.

She added, "It's been really beautiful, it's been really, really wonderful. He has been away a lot on shoots, as have I, so I think that's always the thing with any two actors who are in this profession where there is constant travel, you do get less time together. But he is just a very, very wonderful person, and I think it's nice to have a person like that in my life."

Katrina Kaif and Vicky Kaushal got married in December last year in Rajasthan. The wedding was attended by their families and close friends.

Earlier, during her appearance at Koffee With Karan opened up on her relationship with Vicky Kaushal and revealed that she met the actor for the first time at the Screen Awards. She said, "The funniest thing is that it seems to me so much that it really was in my destiny. That it was meant to be. There were so many coincidences and things that would just happen. Like I would be surprised. Like, this was unusual. This was odd."

Katrina Kaif added, "What was so wonderful about it was that it was so unexpected. It was so out of the blue. I didn't know who he was. He was not on my radar. He didn't cross my path. I heard the name but there was no association. This person just appeared out of nowhere. Wow."

Meanwhile, on the work front, Katrina Kaif will be next seen in Phone Bhoot, co-starring Ishaan Khatter and Siddhant Chaturvedi. She also has Merry Christmas and Tiger 3 in her kitty.