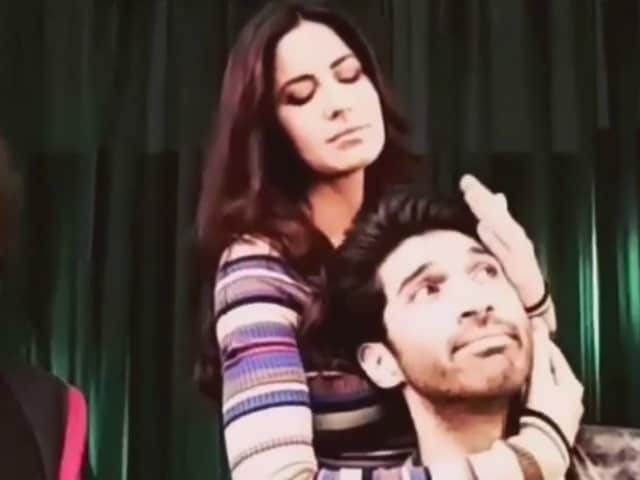 A still from the video shared by katrinakaifdaily

New Delhi: Social media-shy actress Katrina Kaif has not managed to resist the lure of Dubsmash. Katrina makes her Dubsmash debut with Fitoor co-star Aditya Roy Kapur, in aid of their film.

The video is a role reversal of sorts in which the actors swap dialogues from the movie, to the tune of Pashmina. Television host and VJ Afrobawa joins them for an expert comment, but loses track midway and appears majorly embarrassed.

A fan club shared the video on Instagram on Tuesday:

[ #fitoordubsmash ] Katrina Kaif & Aditya Roy Kapur with @afrobawa for you all our followers make your FITOOR DUBSMASH and tag us, we will post in here, show your love for FITOOR. 3 DAYS TO GO! !!!!

Directed by Abhishek Kapoor, Fitoor is based on Charles Dickens' novel Great Expectations and features Katrina and Aditya as the lead characters Noor and Firdaus.