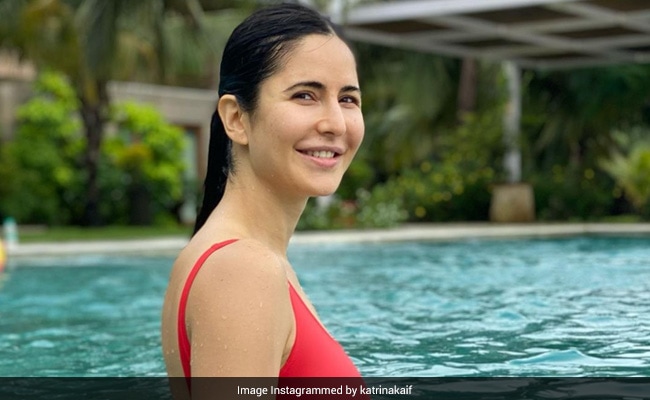 As Katrina Kaif blows out 38 candles on her birthday cake, her fans, friends and co-workers wished her on social media, sending some of the sweetest greetings to her on her birthday. The actress found the perfect post to respond to the wishes. The birthday girl shared a super cute picture of herself from a pool session on her Instagram profile on Friday. In the picture, Katrina dressed in a red swimsuit, can be seen smiling with all her heart as she poses for the camera. She wrote in her caption: "Birthday. Thank you so much everyone for all the love always." The comments section of her post was filled up with birthday greetings from her Instafam.

Katrina Kaif's sister Isabelle Kaif shared an adorable picture with the birthday girl. "Got your back. Happiest of Birthdays. Katrina Kaif always," she wrote.

In terms of work, Katrina Kaif was last seen in Ali Abbas Zafar's 2019 film Bharat, co-starring Salman Khan and Disha Patani. The actress signed a horror comedy titled Phone Bhoot, alongside Ishaan Khatter and Siddhant Chaturvedi. Directed by Gurmmeet Singh, the film will mark Katrina Kaif, Ishaan Khatter and Siddhant Chaturvedi's first film together. It is being backed by Excel Entertainment and is slated to release this year.

The actress will also be seen in Rohit Shetty's Sooryavanshi. The film from Rohit Shetty's cop universe stars Akshay Kumar in the lead role and it also features Ranveer Singh and Ajay Devgn in cameo appearances.