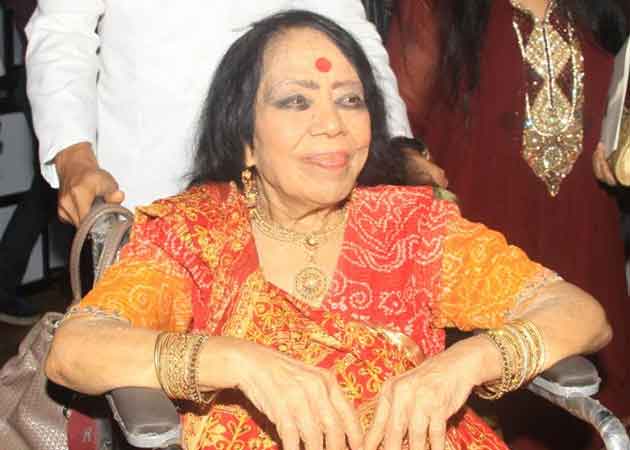 Sitara Devi has been in hospital since the past two weeks

Eminent Kathak danseuse Sitara Devi, who has been in hospital for the past two weeks, is still in the intensive care unit but improving, a family member said Wednesday.

"She is still in ICU but she is improving and her condition is better," Rajesh Mishra, son-in-law of the 94-year-old danseuse, told IANS.

Sitara Devi reportedly had some complications and doctors at the Cumballa Hill Hospital and Heart Institute here were not sure about performing surgery on her due to her advanced age. However, the surgery went well.

Sitara Devi was born Dhannolakshmi in the family of Brahmin 'kathakar' Sukhdev Maharaj in Kolkata in 1920.

When she turned 11, the family moved to Mumbai, where she impressed Nobel laureate Rabindranath Tagore with a three-hour solo recital.

Promoted
Listen to the latest songs, only on JioSaavn.com
Over the next six decades, she became a Kathak legend and is known as a pioneering force in bringing the genre to Bollywood.

She is the recipient of prestigious awards like Sangeet Natak Akademi Award, Padma Shri and Kalidas Samman.