Kartik Aaryan said his Valentine's Day plans include watching a movie with... 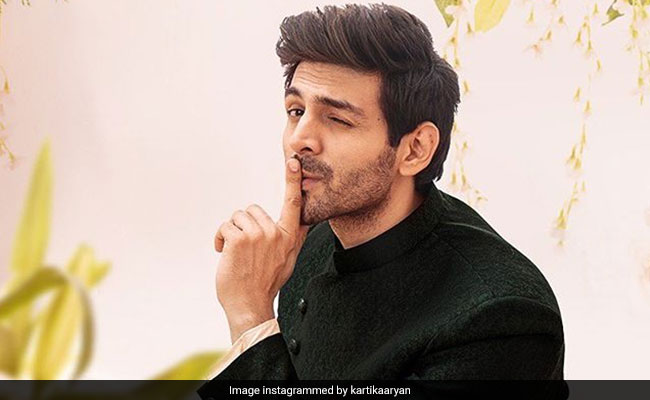 Kartik Aaryan, heartthrob of a humongous fan base, revealed his Valentine's Day plans at the trailer launch of Love Aaj Kal. For the uninitiated, Love Aaj Kal releases on February 14, Valentine's Day. Referring to himself and his Love Aaj Kal co-star Sara Ali Khan, Kartik said he has a movie night planned out. And no points for guessing which film, right? "We (he and Sara) will go out to watch a movie. We will be watching Love Aaj Kal. It's a date night. On February 14 or 13, we will go out together and watch the film," IANS quoted Kartik Aaryan as saying.

Kartik Aaryan won over the Internet last year with his Valentine's Day post, in which he shared a photo of his "date" and wrote: "Happy Valentine's Day from me and my date. #Sonu #Gogo #Rajjo play karne ke baad who else would go on a date with me." The photo revealed that Kartik's date was actually... Will let the post do the talking. Netizens asked Kartik not to be disheartened as "Sara will love to go on a date with you" read comments on his post.

Sara Ali Khan and Kartik Aaryan's Love Aaj Kal will be extra special for more than one reason. The film is an addition to the Love Aaj Kal franchise, started in 2009 by the movie of the same name, starring Sara's dad Saif Ali Khan and Deepika Padukone.

Plus, the audience is eagerly waiting to see the fresh pair on screen as Sara and Kartik are alreay a much talked about onscreen Jodi. Fans got excited about Sara and Kartik's onscreen pairing after Sara, on Koffee With Karan, said that she would love to date him and he responded saying that he wouldn't mind going out on a coffee date with her.