Kartik Aaryan Rocked Up To These Awards In His McLaren GT. Talk About An Entrance

Kartik Aaryan has a super busy schedule ahead 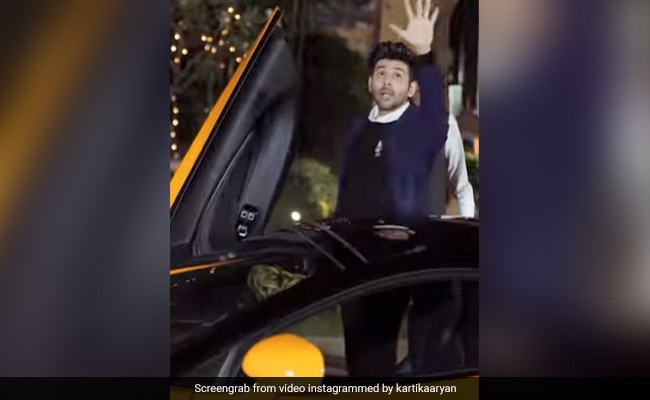 Kartik Aaryan in a still from the video. (courtesy: kartikaaryan)

Kartik Aaryan “can't stop” and won't stop now. Kartik, on Thursday night, attended the GQ Men Of The Year awards and won the Entertainer of the Year 2022 trophy. But along with the actor's latest achievement, there's one more thing that has impressed his fans. Kartik arrived at the award show in his orange McLaren GT, a luxury sports car that he got as a gift after the success of Bhool Bhulaiyaa 2. On Friday, Kartik shared a video collage comprising scenes from last night's event. It shows him arriving in his lavish car, and interacting with other attendees, including his Freddy co-star Alaya F. His million-dollar smile adds shine to the clip.

For the background music, Kartik Aaryan chose The Score's Can't Stop Me Now track, which is sure to give you an adrenaline rush.  Kartik Aaryan, along with the Reels, wrote, “Entertainer of the Year 2022 (folded hands icon).” Actor Ronit Bose Roy wrote, “Bahut bahut badhai ho [Congratulations]”.

McLaren GT isn't the only luxury car that Kartik Aaryan owns. The actor also has a Lamborghini Urus SUV, which he recently took out for a spin in Ahmedabad. Kartik was filming Satya Prem Ki Katha in Gujarat. “Ahmedabad is a Vibe,” he wrote sharing a video from his drive.

Kartik Aaryan's Freddy will release on December 2 on Disney+Hotstar.