"We love you more than any words can describe," wrote Karisma Kapoor 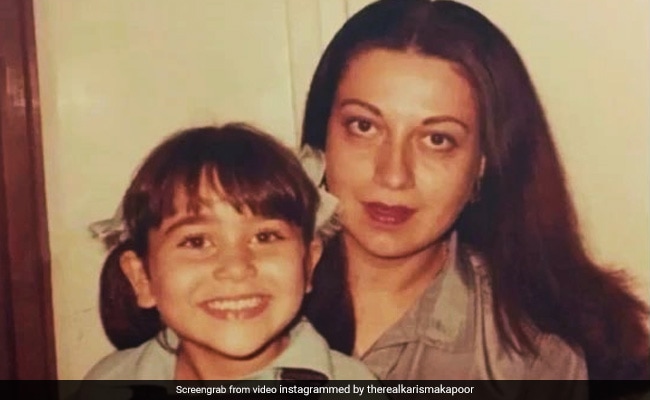 As Babita turned 74 on Tuesday, her daughter and actress Karisma Kapoor shared a heart-warming montage of three photographs and wished her mother a "rocking" birthday. The clip shared on Instagram opens with the photo of a young, gorgeous Babita holding little Karisma close. The second one shows an epic pout moment by the mother-daughter duo. The last is a candid shot of Babita at what appears to be a party - she sports a red outfit and a hat and looks ready to dance the night away. Karisma captioned the montage: "Happy birthday to our mama. We love you more than any words can describe. Keep rocking!"

For the background music, she picked the song, Rock And Roll Music by Chuck Berry. Within four hours of sharing, the post received almost 5 lakh 'likes'. The comments section was filled with lots of sweet messages and wishes for Babita.

Karisma certainly has a way when it comes to preserving moments with family. Her Instagram is filled with many snippets from old albums as well as the latest vacation diaries. To mark International Women's Day earlier this year, the 46-year-old actress chose the less-is-more approach. She dug into her archive to find a priceless gem from her childhood. The old photograph featured Karisma, her sister Kareena Kapoor-Khan and Babita, and had the words, "To my rays of light" written on it. Karisma captioned the post: "Happy women's day to all you incredible women! Shine on..not just today but everyday."

Babita made her acting debut in the 1966 movie Dus Lakh and went on to become a leading actress in Bollywood. She starred in Haseena Maan Jayegi (1968), Ek Shriman Ek Shrimati(1969), Doli (1969), Kal Aaj Aur Kal (1971), Jeet and Ek Hasina Do Diwane (1972), among others, before deciding to leave her film career behind. She married actor Randhir Kapoor.

COVID-Positive Arjun Rampal Was Asked Who Clicked His Pics. "Me On Timer," He Replies