On Karisma Kapoor's Birthday, Here's How Malaika Arora, Amrita Arora And Others Wished Her

Karisma Kapoor is having a blast on her 48th birthday. And, Bollywood is sending its best wishes on her way. The actress has also shared a video from the “pajama + cake” birthday party. And, social media platforms have been flooded with birthday wishes for Karisma Kapoor. Her fans as well as friends have dropped super sweet notes on Instagram. Leading the way is some of the ace celebrities in B-Town. We couldn't miss taking a look at Malaika Arora's Instagram Stories. What we found there was a ravishing photo of the two divas standing next to each other. The caption read, “It's our Lolo's birthday. Happy birthday our darling Karisma Kapoor.” Designer Manish Malhotra has also shared a selfie where we see Karisma Kapoor dressed in black. She looks stunning as she poses for the camera. The caption read, “Dearest Karisma Kapoor, Happy birthday.” He added, “Stay this gorgeous always. Lots of love.” 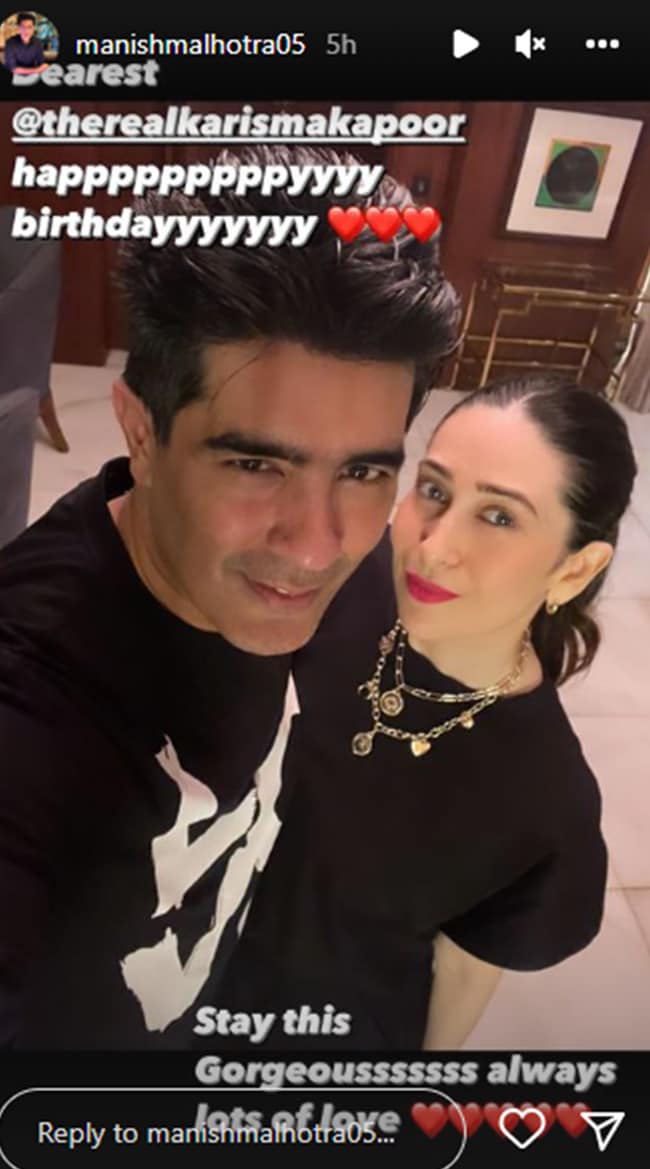 Karisma Kapoor's aunt, Neetu Kapoor, who has made a major comeback in Bollywood with Jugjugg Jeeyo, shared a video on Instagram Stories. In the caption, she wrote, “Happy birthday, Lola.” 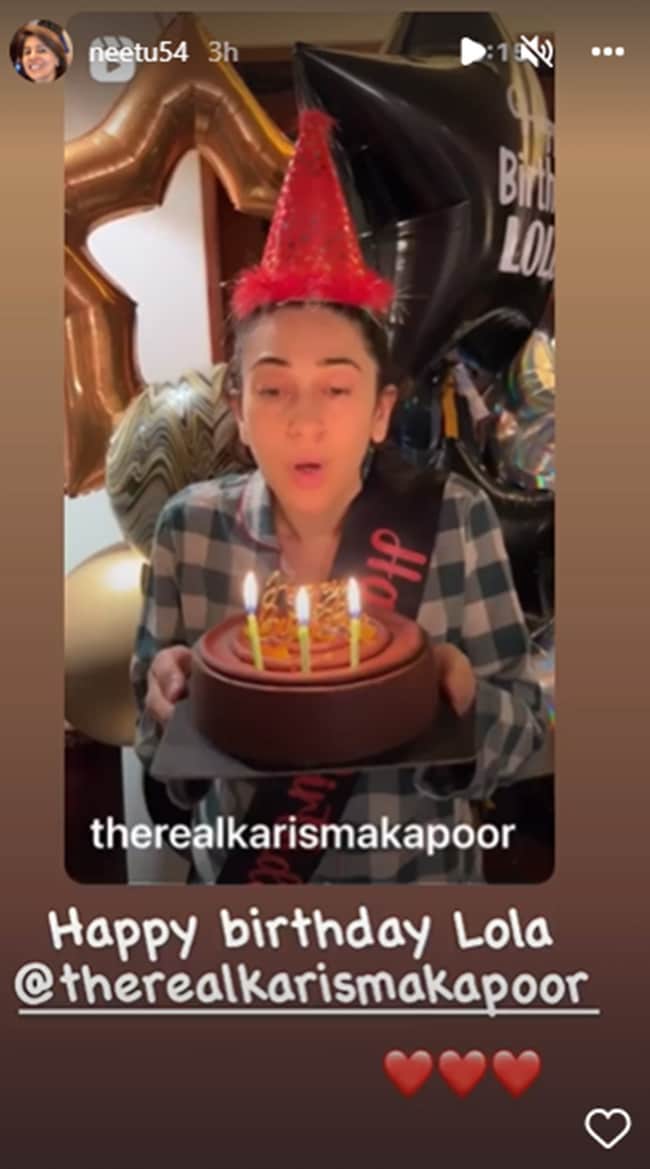 Katrina Kaif has wished the “incredible beauty” Karisma Kapoor with a sun-kissed picture. 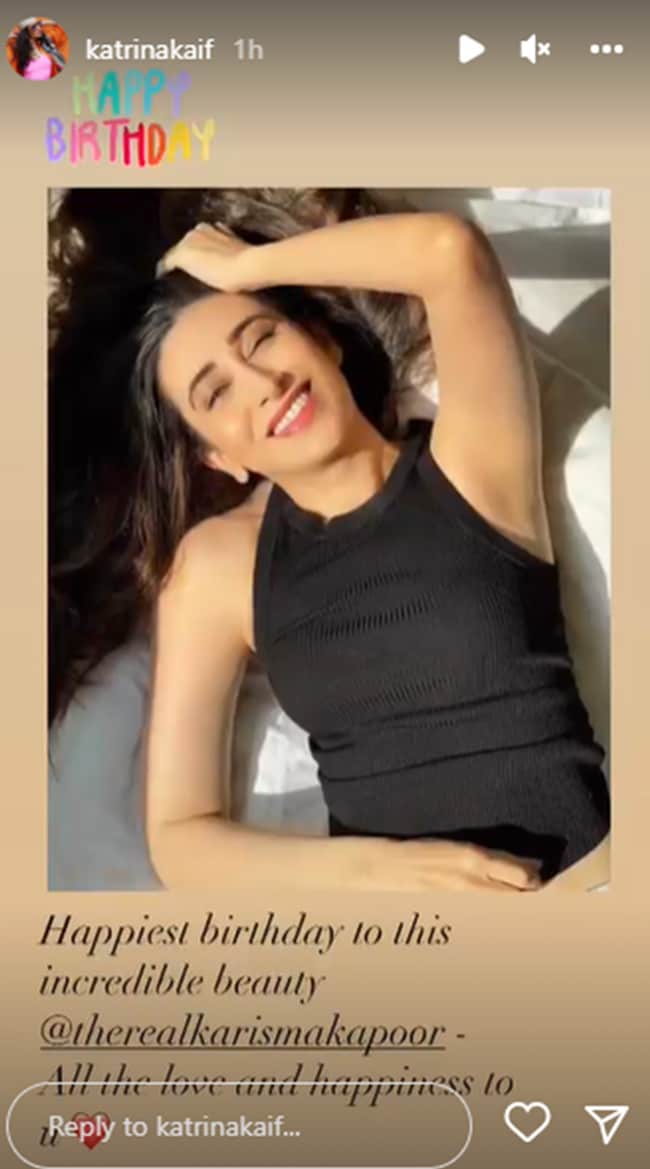 Amrita Arora has picked a selfie featuring the two Bollywood beauties and wrote, Happy happy birthday to our lovely darling Lolo. Wish you all the love and happiness always. My soul sister and confidante. Love, Amolassssa.”

Sonam Kapoor too has a special message for birthday girl Karisma Kapoor. 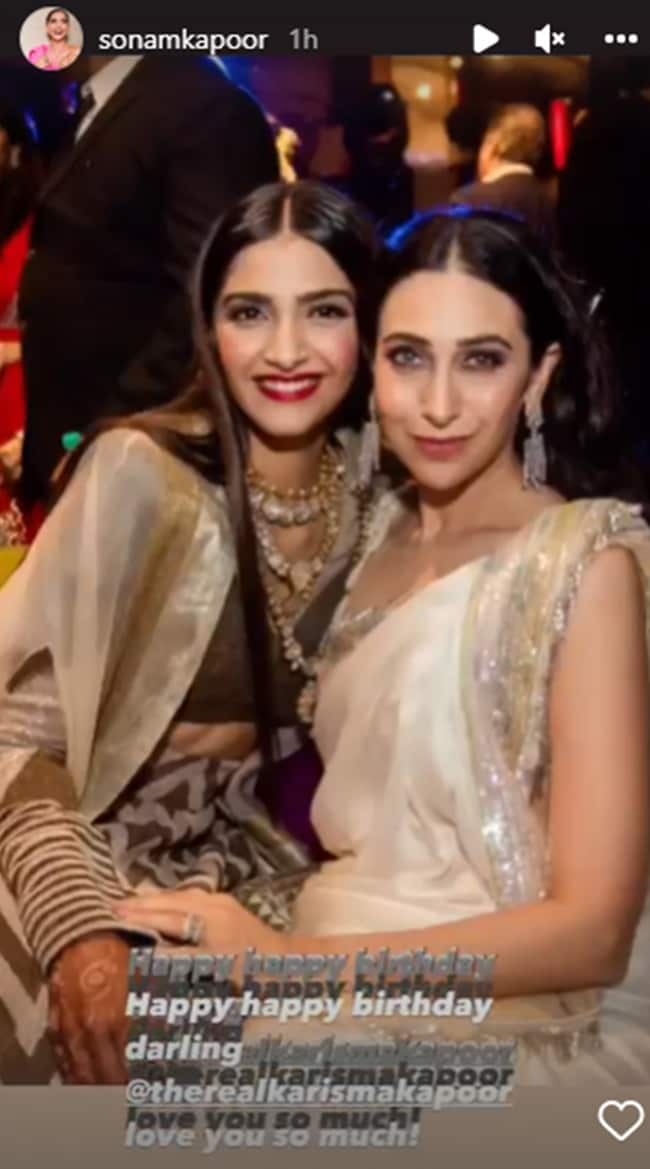 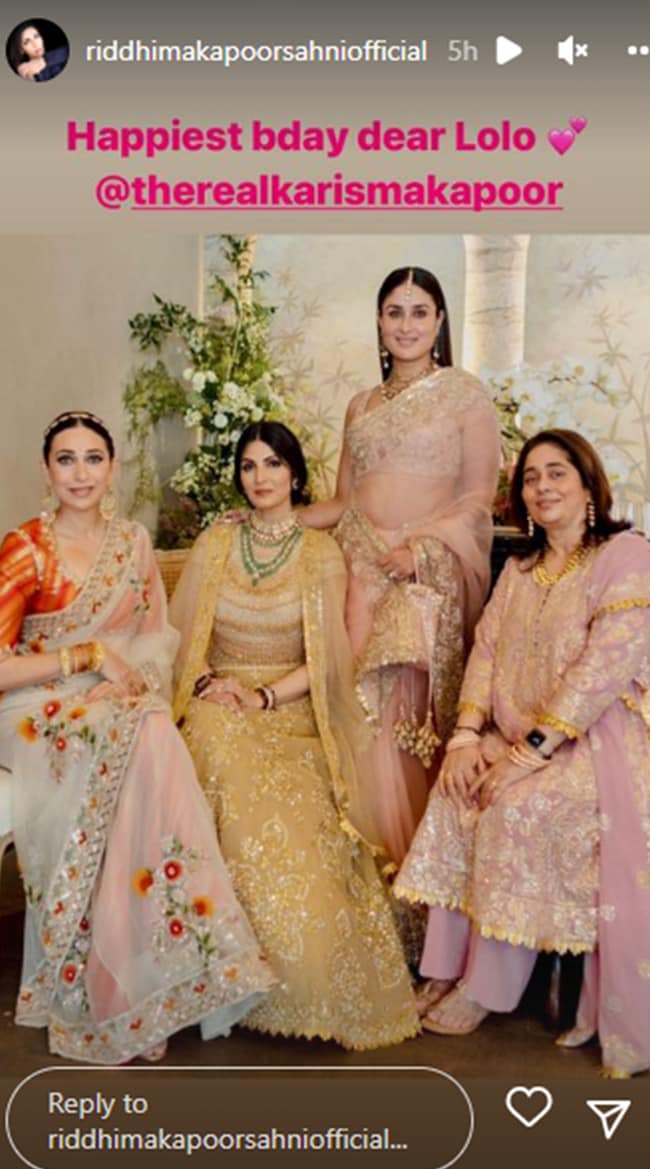 Actress Ananya Panday has dropped a gem of a photo on Instagram Stories. The throwback photo featured Ananya, who was just a kid, sitting on the lap of Karisma Kapoor. Ananya wrote, “Happiest of birthdays to the most iconic Karisma Kapoor.” She added the hashtag, “Lolo fan for life.” 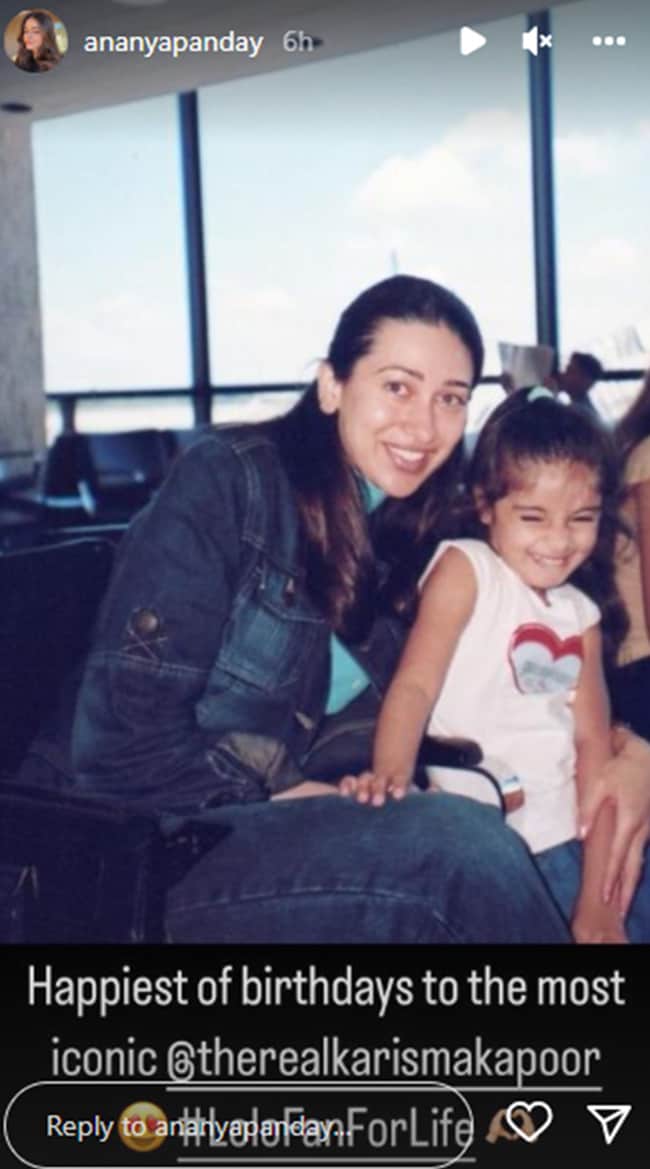 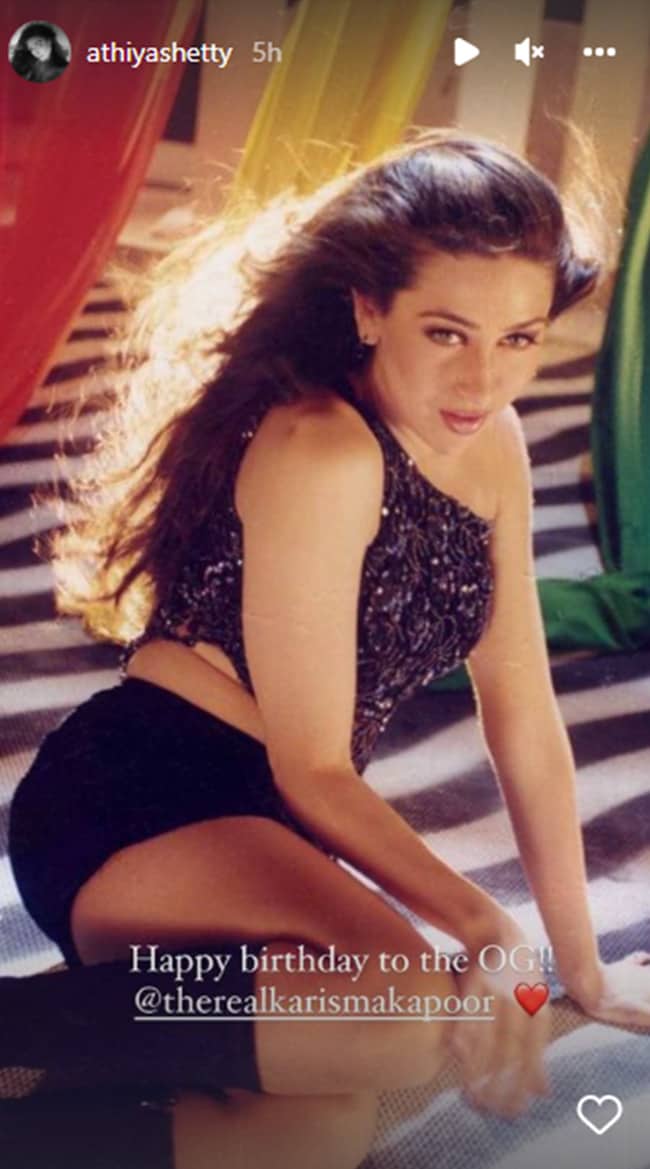