"It's obviously not going to be a big Diwali, and I am very happy with that, I would rather have it small this year," Kareena Kapoor said in an interview 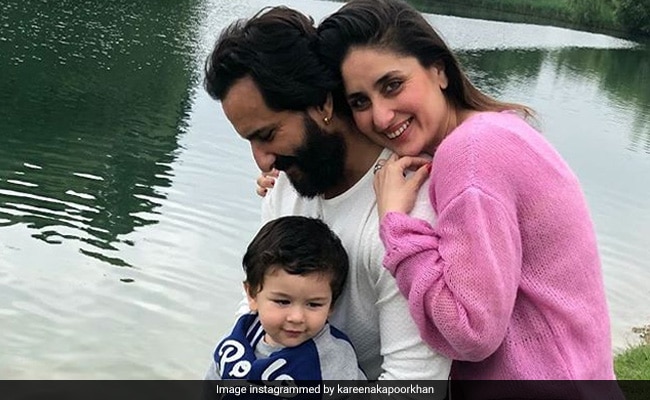 Can you guess where mom-to-be Kareena Kapoor is headed to for Diwali? Dharamshala. In an interview with Times Of India, the 40-year-old actress spilled the beans on her Diwali plans recently. Kareena said that she, along with husband Saif Ali Khan and their son Taimur, would have low-key Diwali celebrations in the hills. Kareena said she picked Dharamshala because Saif is already at the hill station for his shooting schedule and also because she's never visited the place. "Saif is shooting in Dharamshala for a film, and I have never been there, so Taimur and I will join him there. We are actually looking forward to setting out. It will be great to travel to the mountains and spend time in the open air and sunshine," TOI quoted Kareena as saying just a few days ahead of Diwali.

Every year, Kareena and Saif make frequent trips to London or Switzerland but because of the pandemic, travel plans had to be put on hold and now Dharamshala seems to be the perfect choice. "It's been a year where we had to be at home for a long duration. So, going to Dharamshala and being there for a few days will be great," Kareena said in her interview.

When asked about how exactly they will ring in Diwali in the hills, Kareena said: "We plan to keep it very quiet and spend as much time in the open as we can. It's obviously not going to be a big Diwali, and I am very happy with that, I would rather have it small this year."

Kareena Kapoor and Saif Ali Khan announced their second pregnancy in August. Kareena is in her second trimester of pregnancy. Kareena wrapped the schedule of Laal Singh Chaddha last month, which is expected to release on Christmas 2021.