Kareena Kapoor's Answer When Asked About Being Stuck In A Lift With Alia Bhatt, Deepika Padukone And Katrina Kaif

Kareena Kapoor garnered loud cheers from the audience with her response to the question about Alia Bhatt, Katrina Kaif and Deepika Padukone 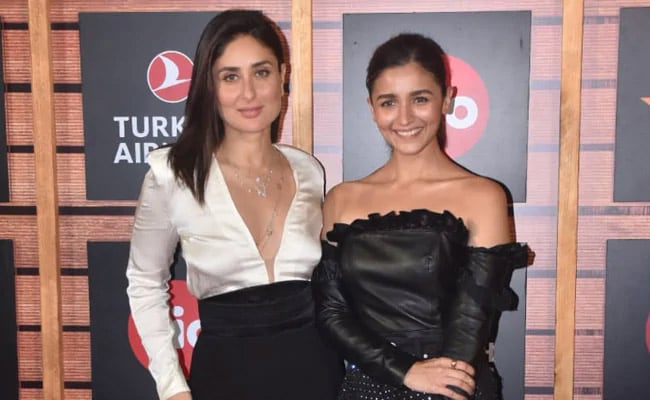 Kareena Kapoor, who unveiled the Women's T20 World Cup trophy in Australia recently, impressed the audience with her quirky responses at a fun-filled Q&A event in Melbourne earlier this week. However, netizens have picked out one of Kareena's answers as their favourite - one with a reference to Kareena's cousin Ranbir Kapoor and his dating life - making Kareena top the trends list. In an Instagram video, originally shared by Zoom TV, Kareena Kapoor can be seen garnering loud cheers from the audience with her response to the question: "What would you do if you were stuck in a lift with Alia Bhatt, Katrina Kaif and Deepika Padukone?" Kareena barely needed a moment to think as she instantly said: "I will make sure Ranbir is not in the lift," and then jokingly added: "Or maybe, I should actually make sure he is in the lift."

During the interaction, Kareena Kapoor was also asked about her preference on being a Kapoor or a Khan as one of the many questions, when she said: "Well, the problem is, I don't get to choose because I'm Kareena Kapoor Khan." Kareena and Saif Ali Khan married in 2012 and the couple are parents to son Taimur. Watch the Zoom TV video here.

Ranbir Kapoor and Alia Bhatt made their relationship sort of official with a public declaration of love at the Filmfare Awards this year. Ranbir, who has previously dated Deepika and Katrina, continues to remain share cordial rapports with both his exes. Alia and Ranbir hung out together with Deepika and Ranveer Singh at the Filmfare Awards while Ranbir was also spotted greeting Katrina with a hug on the sidelines of the event.

Earlier in October, at the MAMI Movie Mela, Kareena told Karan Johar that: "I'll be the happiest girl in the world," when he asked Alia Bhatt if she has "ever imagined that there would be a day that Kareena might be her sister-in-law".

On the work front, Kareena Kapoor has films like Good News, Angrezi Medium and Lal Singh Chaddha in the line-up. Alia Bhatt and Ranbir Kapoor will be seen together for the first time in Brahmastra, which is scheduled to release next year.