Karan Johar revealed in his autobiography that he didn't sign Kareena Kapoor for Kal Ho Naa Ho as she had asked for "too much money." 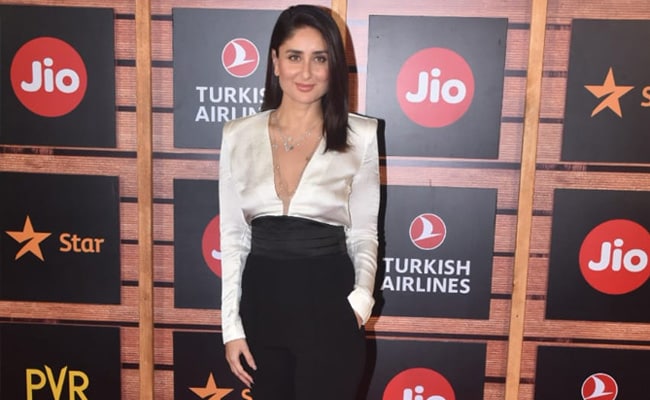 Kareena Kapoor at the Jio MAMI Movie Mela with Star event in Mumbai.

Actress Kareena Kapoor said that though she would love to 'get paid as much as her male co-stars' she has never walked out of a film because of the pay structure, reported news agency PTI. Kareena Kapoor was in conversation with filmmaker Karan Johar and actress Alia Bhatt at the Jio MAMI Movie Mela with Star held in Mumbai over the weekend. When Karan Johar asked Kareena if she has ever quit a film because she was being paid less, the 39-year-old actress said, "There were probably different reasons of walking out of films, but not because of this particular reason. I'd love to get paid as much as my male co-stars though." KJo also told Kareena Kapoor that many would assume that she's being paid as much as actor Akshay Kumar in upcoming film Good Newwz (which Karan produces), to which she said, "Please pay me as much as you paid Akshay Kumar... I'll run out of MAMI!"

For the uninitiated, Karan Johar wrote in his autobiography An Unsuitable Boy that Kareena Kapoor had asked for "too much money" (apparently close to what Shah Rukh Khan was getting) for Kal Ho Naa Ho because of which he ended up signing actress Preity Zinta. "She asked for too much money and we had some kind of a fallout at that time," wrote Karan and added that they were not on speaking terms for almost a year after that but they eventually buried the hatchet.

Back at the Jio MAMI event, Karan Johar also explained the economics of pay structure of a film's cast keeping several variables - including satellite and digital rights - in mind. He said, "Many times, people make sweeping statements about it (pay structure). I'm the first person who'll always want to pay what is completely right and justified and valid. I've always done it. But I feel there's a larger understanding of the budget versus the verticals that you sell on digital and satellite that are driven by different data."

"Sometimes the data of satellite and digital look at the history of the artiste, male or female, I'm not specifying and that determines a certain price factor and which then determines the final cost of what you pay," he added.

Karan Johar has directed Kareena Kapoor in Kabhi Khushi Kabhie Gham and he they are collaborating again on Takht, slated to go on floors later this year.