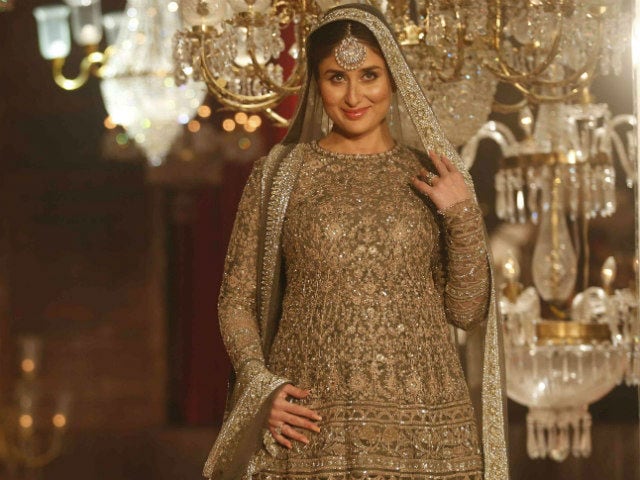 Kareena Kapoor walked the ramp for Sabyasachi when she was pregnant

New Delhi: New mommy Kareena Kapoor is going walk the ramp next month at the Lakme Fashion Week in Mumbai, reports news agency IANS. Kareena, 36, is to be the showstopper for designer Anita Dongre, whose collection is inspired by a Lakme cosmetics range. It will be her first official engagement after the birth of her son Taimur, who is exactly a month-old-today. "It's always a pleasure representing Lakme at the most spectacular Grand Finale. And, this year as well, I am glad to go back to Lakme Fashion Week and walk for Anita. I am looking forward to see how she is going to transform the 'Liquid Gold' theme on the runway," Kareena said in a statement, reports IANS. The actress is married to Saif Ali Khan and baby Taimur is their first child.

"Kareena has been an absolute role model through her pregnancy and shortly after the arrival of her baby boy, she now returns to her favourite role as showstopper for the Lakme grand finale in February. LFW would've missed our golden girl," said Lakme's Head of Innovation, Purnima Lamba.

Kareena Kapoor was spotted at dinners and lunches right up until Taimur was born in Mumbai's Breach Candy Hospital on December 20. The couple hosted a Christmas party days after taking their son home. Kareena is expected to film her new project Veere Di Wedding once her maternity leave ends.

Promoted
Listen to the latest songs, only on JioSaavn.com
Saif Ali Khan and Kareena Kapoor married in 2012. Saif, who is divorced from actress Amrita Singh, has a daughter and son, named Sara and Ibrahim.