Kareena Kapoor Khan Talks About Taimur, Parenthood And Her Next Project 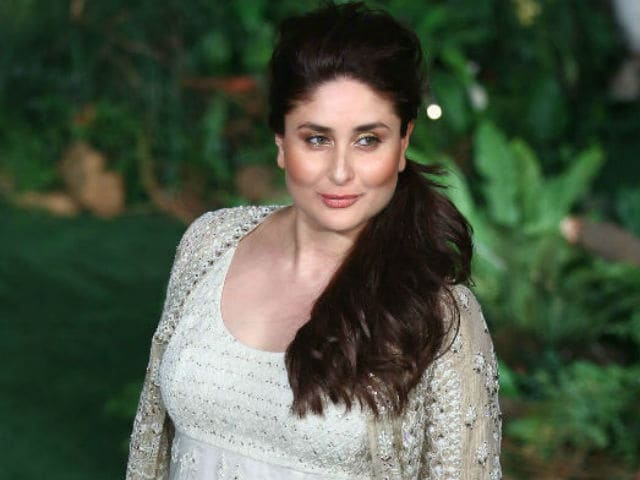 New Delhi: Actress Kareena Kapoor Khan, who welcomed her first child with Saif Ali Khan, a baby boy, they've named Taimur Ali Khan on December 22, 2016, will start shooting for her next film Veere Di Wedding in April. Just four months after giving birth to Taimur. However, in an interview to news agency IANS, the 36-year-old actress says she can easily see herself balancing her work and family. "I have always balanced my work and my marriage. People thought that I wouldn't, and I did. I am going to continue to do that. I think women know how to multi-task." Kareena had signed Veere Di Wedding after she was pregnant with Taimur.

"We are going to start the work in April," she told IANS, adding that she has begun her workout regime. And she is focussed for two months "to get into the best shape of my life and then start the film".

The Jab We Met actress maintained her style quotient during pregnancy and continued to be active at endorsement-related events and social gatherings. A heavily pregnant Kareena even walked the ramp at the Lakme Fashion Week last year in August. Post-pregnancy, she has often been spotted at various family events, lunches and parties. Last week, she became the showstopper for designer Anita Dongre, at the Lakme Fashion Week yet again.

Asked how she plans to balance work and motherhood, Kareena told IANS, "Today, you see working women out there. If you have a family, if you have a child... It doesn't mean you are home-bound. Of course, there is time for that and work." She further added, "I am taking it each day as it comes. I think it's the most beautiful phase of my life."

"It's not about proving a point," she explained, adding: "It was just something I wanted to do. It was something I believed in that I have nothing to hide. When I got married, it was the most beautiful phase. Pregnancy was the most normal thing that was going to happen and giving birth to a child is as normal as ever."

Kareena Kapoor married Saif Ali Khan in August 2012. Taimur is the couple's first child. She told IANS, "Right now the best thing in my kitty... I think the world knows."

Promoted
Listen to the latest songs, only on JioSaavn.com
Kareena, who was last seen in Ki And Ka co-stars Sonam Kapoor and Swara Bhaskar in Veere Di Wedding.

(With inputs from Durga Chakravarty of IANS)