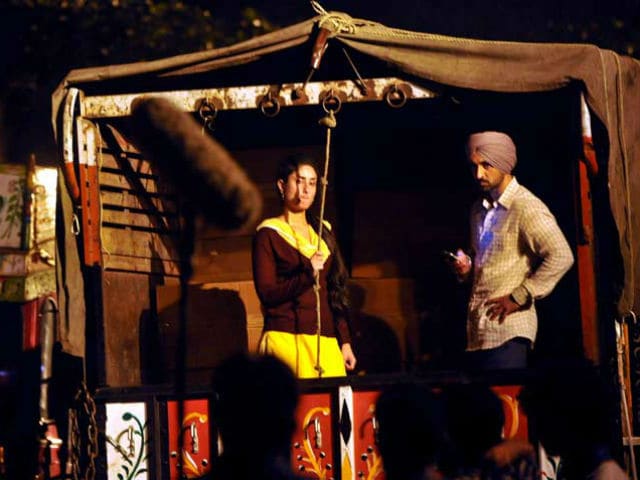 Kareena and Diljit Dosanjh photographed on the sets of Udta Punjab.

New Delhi: Kareena Kapoor Khan looks simple but determined in the poster of her upcoming film Udta Punjab. The actress, dressed in a simple suit with a coat and stethoscope, plays a doctor in the film, which talks about the issue of drug trafficking in Punjab. (Also Read: Shahid Kapoor as Udta Punjab's Tommy Singh Demands a Double Take)

Now, Kareena is not on social media therefore the makers of the film shared her first look:

Here's the moment you all have been waiting for! Meet Kareena in Udta Punjab! pic.twitter.com/J04XVujYSb

The film's trailer will be out on April 16 while the film releases on June 17. Udta Punjab is directed by Abhishek Chaubey.

Meanwhile, there is one more first look to look forward to as actress Alia Bhatt reportedly plays a Hockey player in the film. "I still can't talk about the film but it is definitely the hardest film, hardest character that I have played till date," she told new agency IANS in an earlier interview. (Also Read: Alia Bhatt Not 'Standing Opposite' Kareena Kapoor in Udta Punjab)

Alia also rooted for Kareena and shared her character poster with the caption: "My fav.. Kareena Kapoor Khan!!!!"

She also shared this: