Kareena Kapoor Introduces The Pregnancy Bible: "A Very Personal Account Of What I Experienced"

"I'm both excited and nervous to share this with you," wrote Kareena Kapoor while introducing her book 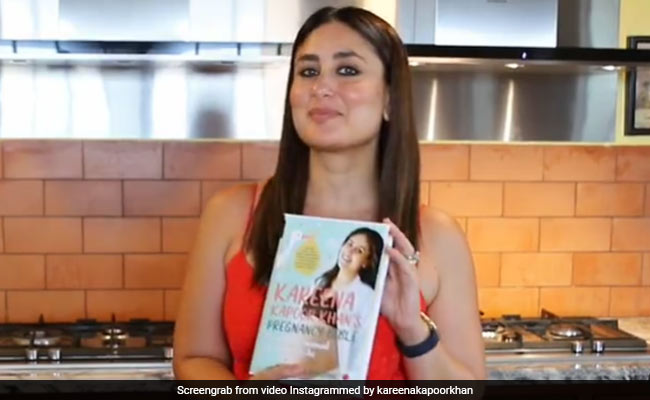 Actress Kareena Kapoor added one more feather to her hat - she's now an author. Kareena, who had talked about writing a book on her pregnancy experiences, is finally done with it and guess what? She just introduced it to her fans and followers on social media. Titled, Kareena Kapoor Khan's Pregnancy Bible, Kareena's book is her like her third baby - her words. Kareena Kapoor and Saif Ali Khan's first child - son Taimur - was born in December 2016, he is four now. Earlier this year, the couple welcomed their second child - a baby son. "This has been quite the journey... both my pregnancies and writing my Pregnancy Bible," Kareena wrote while introducing her book. She had announced the book on Taimur's fourth birthday last year.

Talking about her pregnancy experiences, Kareena wrote: "There were good days and bad days; some days I was raring to go to work and others where I struggled to get out of bed. This book is a very personal account of what I experienced both physically and emotionally through both my pregnancies."

"In many ways, this book is like my third child... from conception to its birth today. Published by Juggernaut Books and the amazing Chiki Sarkar, I'm proud to share that my Pregnancy Bible is vetted and approved by FOGSI, India's official body of gynecologists and obstetricians, along with the help of several expert voices like Rujuta Diwekar, Dr. Sonali Gupta, and Dr. Prabha Chandra of NIMHANS. I'm both excited and nervous to share this with you. The pre-order link is in my bio," added Kareena Kapoor.

Before launching her book, Kareena dropped this hint without saying much:

In terms of films, Kareena was last seen in 2020 movie Angrezi Medium, in which she co-starred with Irrfan Khan. Kareena will next be seen opposite Aamir Khan in Laal Singh Chaddha, the shooting of which she wrapped in her early pregnancy months. Kareena also has Karan Johar's much awaited period piece Takht in her line-up.