"When is the next one coming?" she was asked and "Two years more" was Kareena's prompt reply 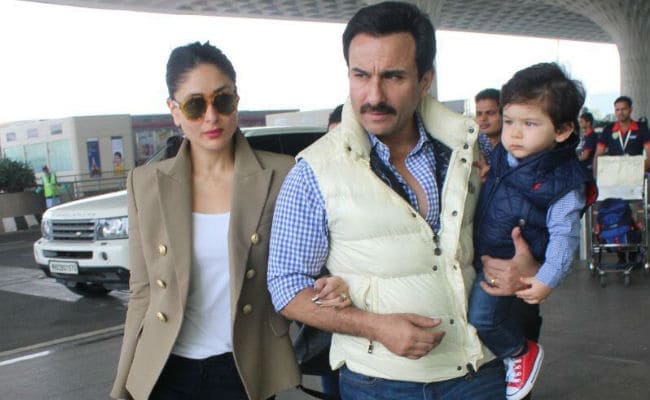 Here's an update about Kareena Kapoor's family planning, as revealed by the actress herself. Kareena recently shot an episode for trade analyst and TV show host Komal Nahta's talk show Starry Nights, on which the actress was asked if she and husband Saif Ali Khan are planning a second baby. "When is the next one coming?" she was asked and "Two years more" was Kareena's prompt reply. Kareena was joined by her best friend Amrita Arora on the couch, who then added: "I just told her that if she decides to get pregnant again, please let me know because I'll just leave the country." Kareena and Saif are parents to baby Taimur, who will celebrate his second birthday in December this year.

When asked about what kind of parents the star couple are and how much they love "pampering" Taimur, Kareena said: "That's what I enjoy the most!"

Watch the promo of the episode of Starry Nights, featuring Kareena and Amrita, here:

Unlike several other celebrity couples, Kareena and Saif have never appeared overtly protective about shielding the chhote nawab from the media glare. The little one often joins mom Kareena on her shoot sets and is almost always spotted with her at the airport. Kareena, Saif and Taimur recently touched down from their family vacation in Maldives, when the paparazzi went into a tizzy (as usual) to have spotted the star baby. Last month, a Bollywood Life report stated that Kareena and Saif will reportedly appoint a bodyguard for Taimur keeping in mind his growing popularity.

Kareena Kapoor welcomed Taimur in December 2016, soon after which she lost her post-pregnancy weight and resumed work. Well, Kareena's quick return to films was excuse for some to troll the actress and accuse her of evading mom duties, something which she's addressed in the coolest of terms in interviews.

On the work front, Kareena Kapoor has films like Karan Johar's Takht and Good News - a film with Akshay Kumar in the pipeline.