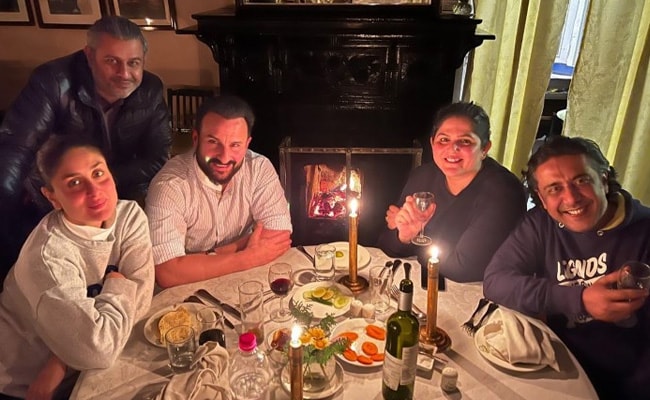 New Delhi:Kareena Kapoor is having the time of her life in Darjeeling, shooting for her upcoming OTT debut film, The Devotion of Suspect X. Recently, film producer Jay Shewakramani shared a picture on his Instagram handle featuring Kareena, Saif Ali Khan, Gauravv K Chawla and others. In the photo, they are enjoying a delicious dinner. Sharing the post, Jay wrote, "#Darjeeling Nights with the favourites @kareenakapoorkhan #SaifAliKhan @gauravvchawla". For the uninitiated, Saif and Taimur recently off to Darjeeling to spend quality time with the actress. Check out the post below: 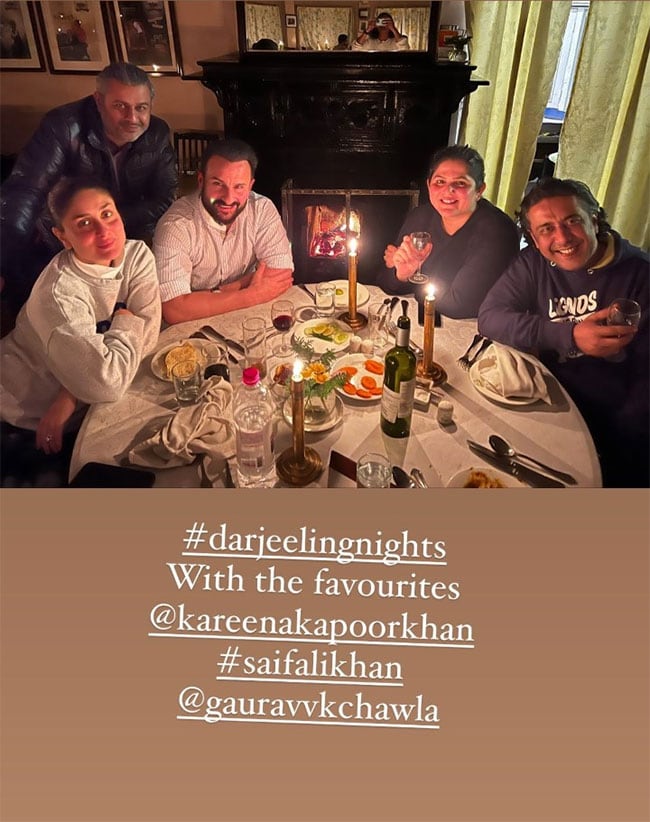 Earlier, a picture of Kareena Kapoor, Saif Ali Khan and Taimur went viral on Instagram when a fan shared a photo with the Pataudi family. Sharing the post, the fan wrote, "When you check in to a hilltop resort...& a new high point awaits!!! The Gracious Couple @kareenakapoorkhan @actorsaifalikhan".

Kareena Kapoor has been shooting for her OTT debut film helmed by Sujoy Ghosh in West Bengal for a time now. The film is based on the Japanese novel The Devotion of Suspect X, a murder mystery. The film also stars Jaideep Ahlawat and Vijay Verma in pivotal roles.

A few days ago, Kareena Kapoor shared an adorable picture with her youngest son Jeh. In the image, the actress can be seen getting ready for her scene while Jeh looks at his mother. Sharing the picture, she wrote, "Double whammy!!Getting ready with the best man for company...DAY-4-Kalimpong #Devotionofsuspectx"

Meanwhile, on the work front, Kareena Kapoor is awaiting the release of her upcoming film Laal Singh Chaddha, co-starring Aamir Khan. The film is slated to hit the theatres on August  11, 2022.