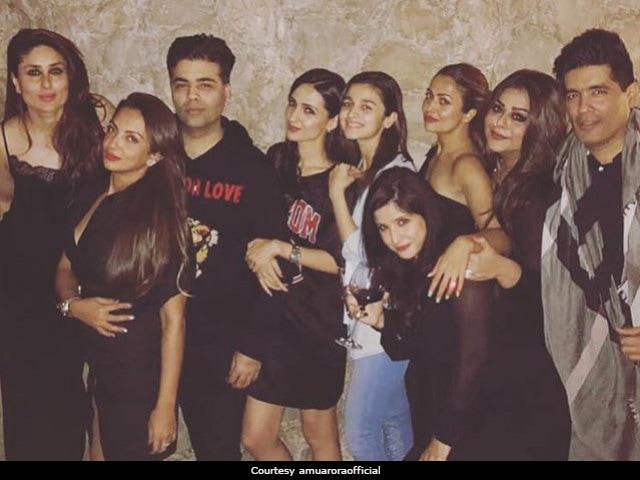 New Delhi: There was an Udta Punjab reunion of sorts over the weekend as actresses Kareena Kapoor and Alia Bhatt caught up at a party hosted by the Dewans - socialite Anu Dewan and her husband businessman Sunny Dewan. The party was a star-studded affair with actress Amrita Arora to filmmaker Karan Johar dropping by and letting their down on Saturday. Newly-turned mother Kareena was accompanied by husband, actor Saif Ali Khan while Alia arrived with her Student Of The Year co-star Sidharth Malhotra, who is rumoured to be dating the actress. Saif Ali Khan was also photographed with Sidharth and Sanjay Kapoor, who came with his wife Maheep.

Kareena Kapoor, Seema Khan, Karan Johar, Anu Dewan, Amrita Arora, Maheep Kapoor, make-up artist Mallika Bhat and designer Manish Malhotra were colour coordinated at the party while Alia stood out in white. Saif Ali Khan, who is always usually dressed to suit his royal persona, was particularly handsome in checked shirt and pants paired with white bandhgala. Amrita, whose plus one was her husband Shakeel Ladak, and KJo, shared several pictures from inside the party, presented below. Well, what can we say, you're welcome:

Promoted
Listen to the latest songs, only on JioSaavn.com
Ahead of the party, Kareena and Saif Alia Khan were photographed arriving in their cars. Sidharth was clicked driving in with Alia Bhatt. 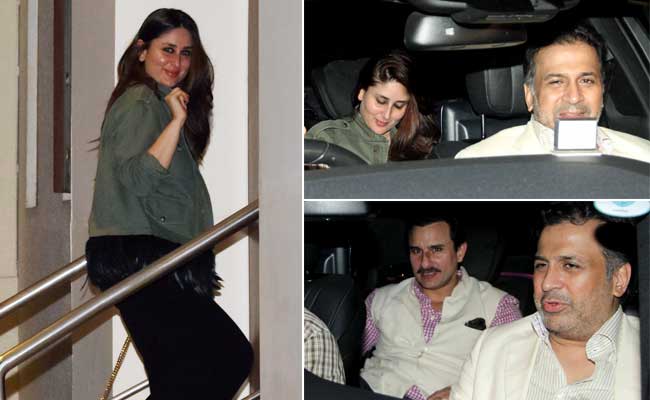 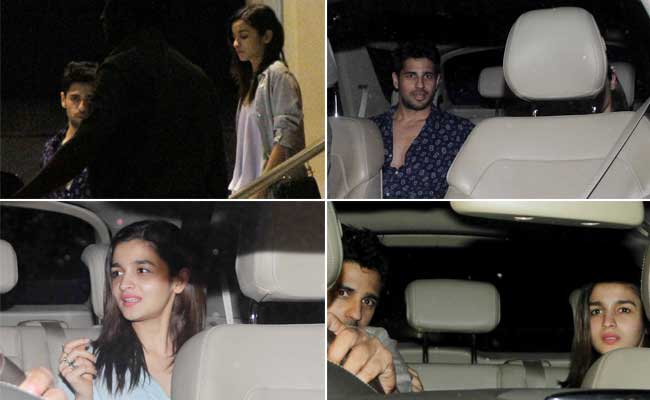 Alia Bhatt was with Sidharth Malhotra at the party

Kareena Kapoor and Alia Bhatt co-starred in 2016's drug drama Udta Punjab, which also starred Shahid Kapoor and Diljit Dosanjh. Kareena and Saif married in October 2012 and welcomed their first child Taimur Ali Khan in December this year. Kareena will next be seen in Veere Di Wedding while Imtiaz Ali's Dragon is in the pipeline for Alia.