"I made the legendary halwa for her as I couldn't make any cake," wrote Karanvir Bohra 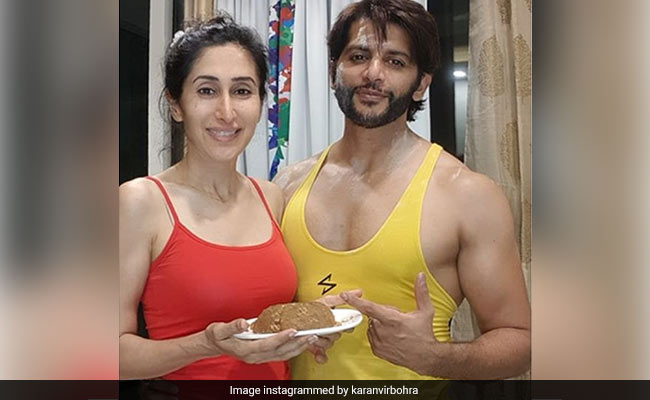 On their 13th wedding anniversary, television star Karanvir Bohra decided to do something special for his actress wife Teejay Sidhu. Guess what he did? The actor couldn't bake a cake during the coronavirus lockdown so he made "legendary halwa" for his wife. Sharing a picture of himself and Teejay, in which she could be seen holding the dessert in her hands, he wished her in a really adorable way on Tuesday. The actor wrote: "Happy anniversary, my love...13 years of marriage. 16 years of knowing you, Teejay Sidhu. I made the legendary halwa for her as I couldn't make any cake...Will post the video soon." Karanvir Bohra married Teejay Sidhu in 2006. The couple are parents to twin daughters.

Take a look at Karanvir Bohra's post and his "legendary halwa" here:

#happyanniversary my love...13 years of marriage 16 years of knowing you @bombaysunshine I made the legendary #HALWA for her as I couldn't make any cake... Will post the video soon.

Reacting to Karanvir Bohra's post, several television stars such as Karan Singh Grover, Kapil Sharma and Raghu Ram extended their wishes in the comments section. "Congratulations! God bless," wrote comedian Kapil Sharma while Karan commented: "Happy anniversary to both of you. Have an awesome one!" Raghu Ram's comment read: "Congratulations, lovebirds! You guys are so beautiful together! A rockstar team. Like 2 pieces of a complete puzzle. Keep rocking today and every day of the year!" 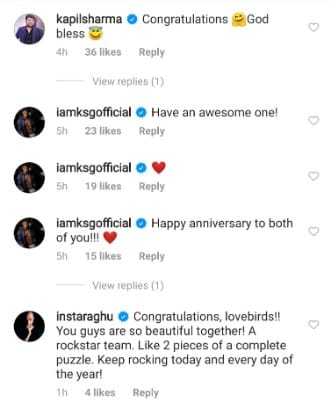 On the work front, Karanvir Bohra has worked in several TV shows such as Dil Se Di Dua... Saubhagyavati Bhava?, Just Mohabbat, Kasautii Zindagii Kay, Shararat, Qubool Hai and Naagin. He also participated in the TV reality show Bigg Boss 12, where he was the fourth runner-up, and dance reality show Nach Baliye 4 with Teejay. Karanvir Bohra has also starred in a couple of films such as Kismat Konnection, Love Yoou Soniye and Hume Tumse Pyaar Kitna.