Karan Johar Reveals What His Son Yash Calls Him. His ROFL Reaction Is A Winner

The comments thread was flooded with "Hahhas" and LOL emojis. 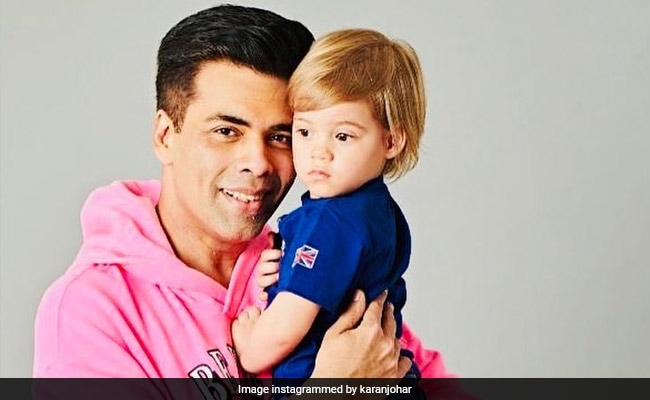 Karan Johar's latest tweet will instantly make you smile and how. The 47-year-old filmmaker, on Thursday, shared a tweet, in which he revealed that his son Yash called him "Joker." KJo added a dash of some self-deprecating humour to his post and wrote: "'My son just called me Karan Joker! I think he follows me on Instagram." The comments thread was flooded with "Hahhas" and LOL emojis. "Maybe Twitter too," wrote a Twitter user.

My son just called me Karan JOKER! I think he follows me on Instagram!

Yash and Roohi were born in 2017 via surrogacy. Karan Johar, a single parent, in an interview, told news agency IANS that he is not going to be "hysterical" or a "hyper parent."Yash and Roohi will celebrate their third birthday in February this year. Karan's twins are also friends with Tusshar Kapoor's son Laksshya and Rani Mukerji's daughter Adira.