Karan Johar, Kunal Kohli and Other Directors Who Are Now Actors 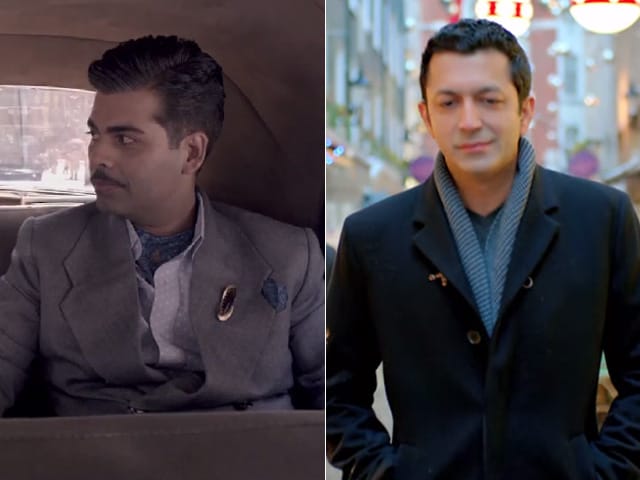 New Delhi: In the American neck of the 'woods, Clint Eastwood, Jon Favreau and Angelina Jolie lead a sizeable pack of actor-directors who juggle gigs before and behind the camera with relative ease. Bollywood is now playing catch up.

In Indian cinema, Dev Anand, Subhash Ghai, SS Rajamouli and KS Ravikumar have made Hitchcock-like cameo appearances in their own films, but there have been few desi Orson Welles up until now. Suddenly, there is a rash of directors switching gear.

Filmmaker Karan Johar, whose earliest tryst with celluloid destiny began 20 years ago with a role as Shah Rukh Khan's friend in Dilwale Dulhania Le Jayenge, returns to the screen as the antagonist in Anurag Kashyap's Bombay Velvet, releasing on May 15. He's not the only director to come out from behind the camera lately. Kunal Kohli, best known for making Hum Tum and Fanaa, stars opposite TV actress Jennifer Winger, both making their Bollywood debuts, in upcoming film Phir Se, the trailer of which just released. ( First Trailer: Kunal Kohli, Jennifer Winget Fall in Love Phir Se )

The reverse phenomenon - of actors turning director - includes A-lister Aamir Khan, who helmed Taare Zameen Par, and Kangana Ranaut, who has made no secret of her ambition to direct and is soon to make a short film titled The Touch. Kangana may just turn out to be Bollywood's answer to Angelina Jolie.