Karan Johar Has 'Many Fears.' Guess What is The 'Biggest' One 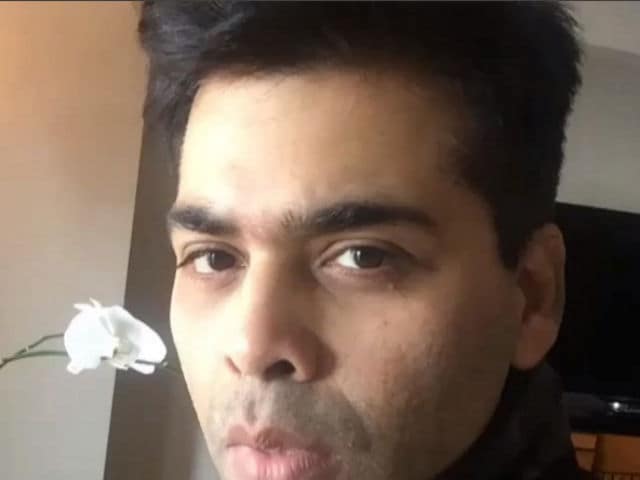 Karan Johar in a still from the video.

New Delhi: Filmmaker Karan Johar shared a video on Instagram on Saturday in which he reveals his 'biggest fear' to actress Sonam Kapoor.

In the video, Karan states that he fears those, who take his photograph with his right profile. This is Karan Johar's 'biggest fear.' Karan, 43, asserts that it 'always' has to be his left profile:

Sonam, meanwhile, reposted the video on her account and said that Karan's pictures are beautiful. "Kjo all your profiles are beautiful! But I guess I'm biased about family! Love you," wrote Sonam on Instagram.

@shahidkapoor @mira.kapoor is one lucky girl! She is too sweet for you to be scared of her! Love you for doing this Sk #bestpersonever #fearvsneerja #Repost @shahidkapoor @sonamkapoor #neerja #nofear

HahahahhH daddy!! My biggest fear is mom! #Repost @anilskapoor #fearvsneerja @sonamkapoor Fear is not a factor!

You're so cool Homi! Fear indeed keeps you alive! Love you for sharing this! #Repost @homster #Fear can keep you alive...embrace your fears, use your fears, don't let it be the other way around ... #fearvsneerja @sonamkapoor #adventure #adventuresports #life

Neerja will release on February 19.