'My Mother With Us' Just Before Video: Karan Johar On 'Drug Party' Charge

"How dare you grab it away from us? How dare somebody constantly make us soft target?" said Karan Johar 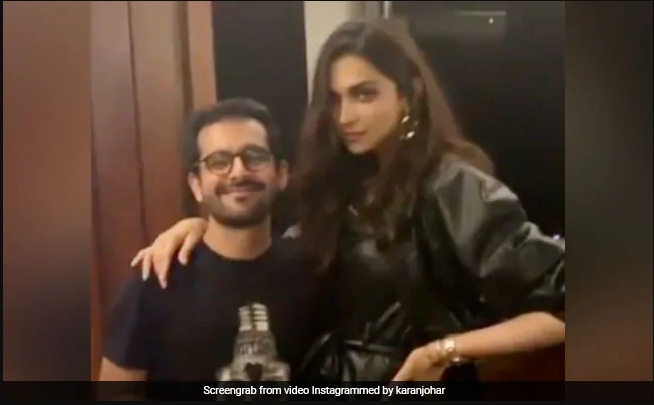 Karan Johar, who found himself in the midst of a controversy over an inside video from a house party held last month, has finally reacted to accusation made by a politician that the celebrity guests present at his house that night appeared to be in a "drugged" state, in an interview - Up Close - with film critic Rajeev Masand. Refuting claims that his guests indulged in drug abuse as "baseless", Karan Johar told Mr Masand that they were having a "good time" catching up with each other: "There were achieving members of the industry who were having an easy night out after a hard week of work, having a good time. I took that video... With all the earnestness, would I be putting out that video if there was anything happening at all? I am not stupid."

Talking about how a reflection near Vicky Kaushal made way for the "drug party" allegation, the 47-year-old filmmaker said: "Apparently you are not allowed to scratch your nose. Apparently, you are not allowed to put your phone in your back pocket. Apparently, a shadow of light is perceived to be some kind of powder," adding that the Uri actor was constantly sipping from a hot cuppa as he was recovering from dengue.

"Some of us were chatting and some of us were having wine, but that was it. It was a baseless accusation, and it really annoyed me because you are taking away the culture and tradition that I have been raised in. My mother was appalled when she read those things because she was there," Karan Johar added.

Annoyed with such speculation, Karan Johar told Mr Masand that his mother Hiroo Johar was spending time with them just minutes before he shot the video: "My mother, five minutes before this video, was sitting with us. It was that kind of a family, happy, social gathering, where friends were sitting and having a good time and we were listening to some music, having some good food and having good conversational energy there. There was nothing else going on."

Clearly upset about being targeted, Karan Johar added: "The reason I didn't put it out was because 'why do I need to justify a house party which was a casual get together with good friends?' How dare you grab it away from us? How dare somebody constantly make us soft target? It is ridiculous that someone can start spotting these things."

Dismissing the whole controversy as "ridiculous" and unnecessary, Karan Johar said he would react with legal steps next time: "I am not taking this very kindly, the next time where baseless accusations, I will take the legal route. You cannot mar our solid reputations, our sincere reputations, our committed reputations just because you are presuming something. You cannot put out a baseless accusation that has no base, no fact, no truth, no reality and try and mar us and our reputations. It's ridiculous."

"I am, now, afraid to call up people to my home thinking that they might be afraid to show up," the filmmaker said.

On the work front, Karan Johar's last production was Kalank. His line-up of films includes Brahmastra, Drive and Takht.