Karan Johar And Kajol's Equation Not As Warm As Earlier, Reveals Ajay Devgn 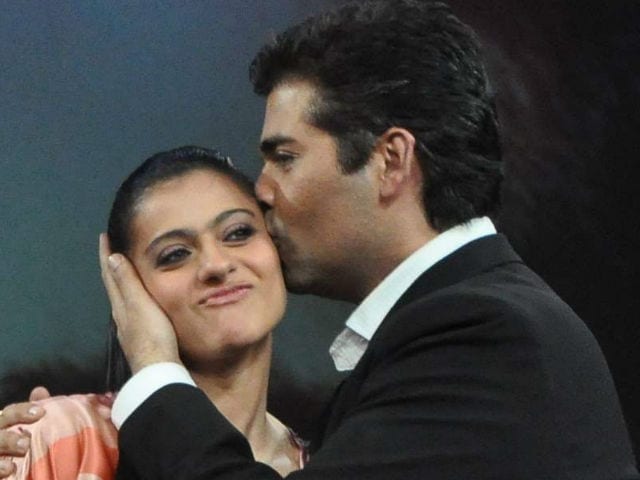 A file photo of Kajol (left) and Karan Johar (right)

Mumbai: Actor Ajay Devgn has said his actress-wife Kajol, who was once a close friend of filmmaker Karan Johar, doesn't share the same equation today due to some personal issues.

Karan has often said that he considers Kajol as his lucky mascot and the two share a great friendship. The filmmaker and Ajay have never been friends.

Ajay and Karan are set for a festive clash at the box office this year with the former's directorial venture Shivaay and the latter's Ae Dil Hai Mushkil releasing on the same day on October 28.

"I am not friends with him (Karan). Even Kajol's equation is not as warm as it was. It is a personal issue, not due to any professional thing. It's a personal hurtful feeling. It has nothing to do with the clash," Ajay told PTI.

When asked about the reason, Ajay said, "I would not like to talk about it."

Kajol's friendship with Karan, with whom she has worked in multiple projects including hits Kuch Kuch Hota Hai, Kabhi Khushi Kabhi Gham, My Name is Khan and special appearances in Kabhi Alvida Na Kehna and Student of The Year, had gone through a rough patch in 2012, while the same is being speculated now.

On the work front, Ajay is busy juggling between promotions and finishing the film, while the 42-year-old actress has been handling some marketing responsibilities of their home production.

"It's her production house also. I am too occupied finishing the film. She is taken some responsibility and is handling other things. She is helping me in letting my pressure down," he said.

Though Kajol is actively involved with the marketing of Shivaay she hasn't seen the film yet.

Promoted
Listen to the latest songs, only on JioSaavn.com
"She doesn't know the whole script she has an idea what the script is. She has not seen the film, she has seen songs and trailer and she has loved it," Ajay adds.