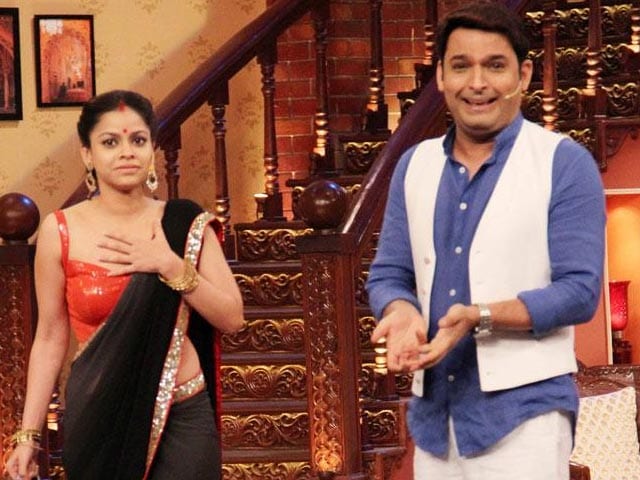 Sumona and Kapil in a still from Comedy Nights With Kapil

New Delhi: Actress Sumona Chakravarti says that there is lot of trust and faith attached with Kapil Sharma and the team with whom she worked in Comedy Nights With Kapil, and this is the reason why she decided to join the gang for the star comedian's new offering The Kapil Sharma Show.

"There is a lot of faith and lot of trust with the team. There is a sense of comfort with the entire team. The show got over. Kapil started with another show and I think it was generous on the part of Kapil and his team that they wanted me to continue being a part of their team.

"It is almost like a reunion, because it is an old team and it is wonderful," Sumona told IANS.

The actress, who played the role of Kapil Sharma's wife in the Colors show, says that there is lot of expectation from audience, and so it will be challenging to be able to achieve that.

Meanwhile, Sumona, who has also featured in TV shows like Kasamh Se and Bade Achhe Lagte Hain, is going to be a part of new show Dubai Diaries, which will go on air from March 24.

Sumona called the show's journey was a 'fabulous experience'.

"I think every actor has a wish in their life to once anchor a travel-based show and I am glad I am doing it on NDTV Good Times. It has been the first and the most exhilarating experience that I have had while shooting as an anchor," she said.

Talking about her Dubai experience, she said, "I have visited that city very often before in the past so I knew a lot about it but there were aspects that I discovered this time."