This fan made Kapil Sharma's day and how 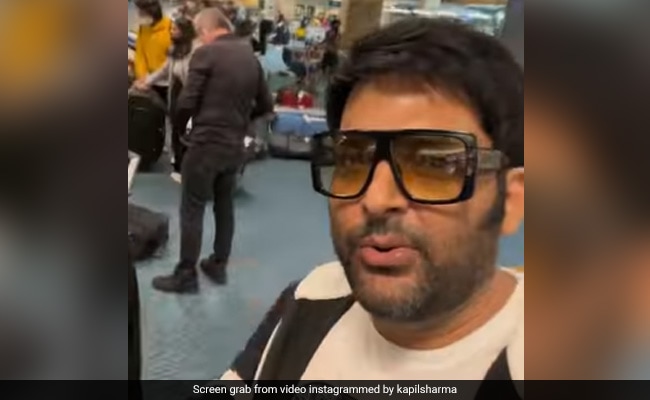 Kapil Sharma in still from the video. (courtesy: kapilsharma)

Actor-Comedian Kapil Sharma is currently soaking in the Canadian sun with his team. Kapil is currently touring North America with his team promoting his upcoming show Kapil Sharma Live. The team has been posting pictures and videos from their tour on social media and audiences love them. Kapil is undoubtedly the most loved comedian in this country and hence wherever he goes he is always surrounded by fans, barring any physical, linguistic or demographic barriers.

This morning, Kapil shared a video on his Instagram where he could be seen interacting with one of his fans at Vancouver Airport who looked like the staff at the airport. In the video, Kapil first asked the person, "How come you know me and my show?" He replied saying, "I watch your shows on YouTube" to which Kapil responded, "Oh, really?"

Kapil then asked him if he knew Hindi and the person replied saying that he watches the show with translations. He then added, "I was just outside, heard Kapil Sharma is coming so I came rushing inside to see you."

Kapil, who was clearly touched by his words, then threw a fist bump at him and said, "Thank you, my friend, you made my day. Thank you. Lots of love."

He captioned the post "Just realized, Happiness is a Language in itself (red heart emoji) #kslive2022 #vancouver #canada #candiddairies." Fans and other celebrities then bombarded his comment section with praises and appreciation for the comedian. Actor Arjun Rampal wrote, "Too sweet Paaji, have a super show."

Singer Mika Singh wished him luck for the tour and wrote, "All the best bhaji".

Television Actor also Mahhi Vij wrote a sweet message for him "I know of people who are alone in life kids are settled abroad al they get happiness is seeing Kapil Sharma show."

The last episode of The Kapil Sharma Show aired on June 5 and the next season of the show will be announced once the team gets back from North America.