Kangana Ranaut's Sister To Krish On Manikarnika Row: 'Leave Her Alone, She Is Film's Leading Face' 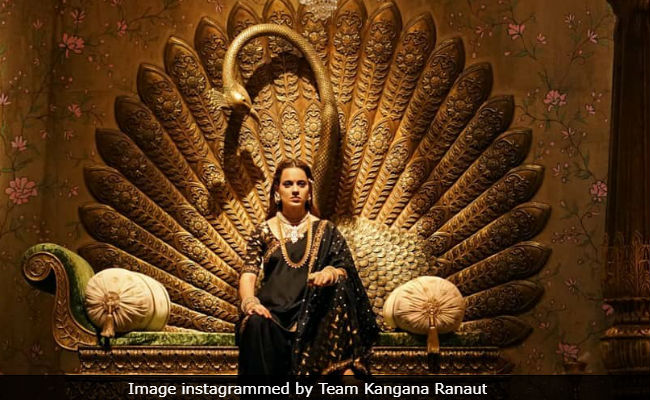 After director Krish's explosive remarks about Kangana Ranaut taking credits as the primary director of Manikarnika: The Queen of Jhansi went viral on social media, the actress' sister Rangoli Chandel shared a scathing note for him on Twitter. "Chalo man liya you directed the whole film. Now, please calm down. Still Kangana is the leading face of the film. Let her enjoy this moment of her success and great appreciation. Please leave her alone. We all believe you. Now, please take a seat," she tweeted on Monday, after Krish alleged in several interviews that most of the final version of Manikarnika was filmed by him. Rangoli's note was attached to a tweet from Bollywood Hungama's verified Twitter handle quoting Krish as saying: "In the first half of Manikarnika, 20 to 25 per cent film has been shot by Kangana Ranaut while in the second half only 10 per cent was shot by her." Manikarnika is a biopic on Rani Laxmi Bai and Kangana plays the lead role in the film too.

@DirKrish chalo man liya you directed the whole film now please calm down, still Kangana is the leading face of the film let her enjoy this moment of her success and great appreciation, please leave her alone, we all believe you now please take a seat https://t.co/rInLkrHreO

Rangoli Chandel, who is also Kangana's manager, has been on a tweeting spree after the release of Manikarnika on Friday. Rangoli has previously batted for Kangana on social media in several controversies.

In a recent interview with news agency IANS, Krish said that "more than 70 per cent" of his work has been retained in the final version of Manikarnika. "I remained quiet until the release. I had to remain quiet for the sake of the film and for the entire team which worked so hard on the film. But now, if I don't speak about what Kangana did to the film I'd be doing a disservice to all our hard work... I'd say what I directed was pure gold. Kangana turned it into silver," Krish was quoted as saying. "I had to set the record straight. I needed a proper closure for my film. Manikarnika is my baby," he added.

In the same interview, Krish added that the film "wasn't meant to glorify Kangana" and alleged Sonu Sood's ouster from the film was "just to satisfy her ego."

Manikarnika also stars Atul Agnihotri, Ankita Lokhande and Jisshu Sengupta. The film is currently making big bucks at the box office and it has collected over Rs 40 crore over the weekend.