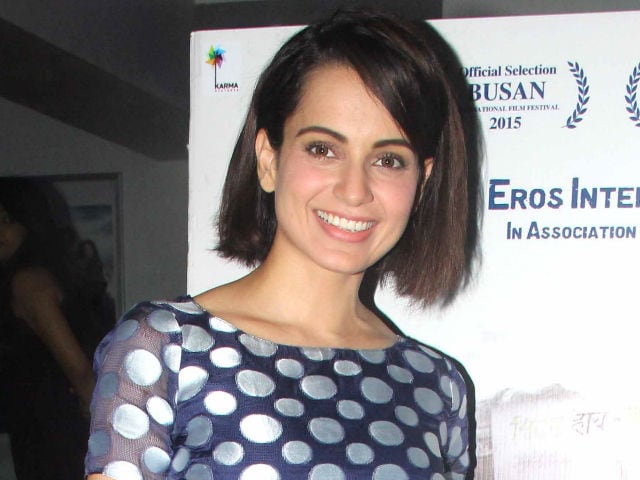 Mumbai: After National Award-winning actress Kangana Ranaut made a bold confession that she was the "unwanted child" in her family, her father has opened up about the "backward" thinking about girls in their village. He said that the Queen star's birth was not a "celebration" in their house.

Amardeep Ranaut, who stays in Himachal Pradesh, opened up about his daughter Kangana's latest statement, and told IANS: "When she was born, that time the atmosphere in our village about a girl child was very backward. It was not like a celebration, but it was more like a funeral."

"The villagers used to come to our house and say, 'Oh, now a daughter again'. So, there was no celebration, nor did we distribute sweets. We were hoping that since we had lost our son, another son would come back," he said. (Also Read: Kangana Ko Gussa Kyun Aya? Actress Reveals Truth Behind Leaked Video)

The actress, who has delivered critically acclaimed and commercially successful films one after the other in Bollywood, just earlier this week opened up about her ordeal as a girl child in her family. She had even spoken about a male child that her parents had before having her elder sister Rangoli, but he had died within 10 days of his birth. (Also Read: Don't Expect 'Holier-Than-Thou Existence' From Women. Kangana Explains)

Rangoli's birth was celebrated but the same was not the case when Kangana came into the world.

However, with her success story, the actress has proved naysayers wrong, and has time and again supported women empowerment.

She has even stood by the side of her sister Rangoli, an acid attack survivor, who now works with Kangana as her manager. Together, they have both appeared on the latest cover of a magazine. (Also Read: Kangana Ranaut Opens up About Sister's Battle With Acid Attack)

Talking about her sister, Rangoli said: "When Kangana was born, there was no joy and celebration. I remember when she was born, our relatives used to come at our place and call her by a word, which in pahadi means unwanted. She was so sensitive that these things influenced her. Things have still not changed there (in our birthplace), and that's why we are supporting this cause (of girl child)."