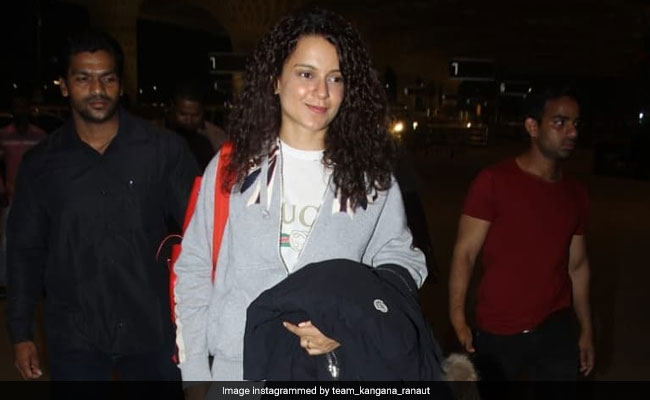 Kangana Rananut will be next seen in Manikarnika: The Queen Of Jhansi (Courtesy team_kangana_ranaut)

Actress Kangana Ranaut, who bought a plush home in the picturesque landscapes of Manali earlier this year, will ring in Diwali with her entire family in her new house, a Mumbai Mirror report stated. This will be Kangana's first Diwali in her new house, which she named Kartik Niwas. In her interview to Mumbai Mirror, Kangana Ranaut said that her brother Akshit will be officiating his relationship with his girlfriend, therefore, the family wanted to be together on the special day. "My entire family will come together this Diwali. My brother is introducing us to his girlfriend and making the relationship official, so we wanted to be together on this special day. It's also my nephew Prithvi Raj's first Diwali. Since he's just a baby we will avoid noisy crackers," Kangana told Mumbai Mirror. The 31-year-old actress plans to party hard with her family on Diwali. "My grand piano, a song and wine is my idea of a party so in a sense I will be partying this Diwali," she added.

Kangana's Manali mansion is a blend of modern amenities with a typical hill station like home. She opened her doors to Architectural Digest India for the first glimpse into her grand bungalow for the magazine's May - June 2018 issue.

Here are photos and video of Kangana's swanky new mansion in Manali:

After taking a short break from her busy schedule, Kangana will resume post-production work on her forthcoming film Manikarnika: The Queen Of Jhansi. Manikarnika is the biopic on Rani Lakshmi Bai, who shines as a significant figure on the pages of Indian history for her rebellion against East India Company in 1857. Kangana plays the titular character in the film.

Kangana is also part of Ashwiny Iyer Tiwari's Panga, new-age family drama. The Ashwiny Iyer Tiwari-directed film will reportedly go on floors on November 9 in Bhopal. Kangana will play the role of a Kabbadi player in the film. Panga is expected to release next year.