Kangana Ranaut Wanted A 'One Bedroom' House In Manali, Ended Up With A 'Grand' Bungalow 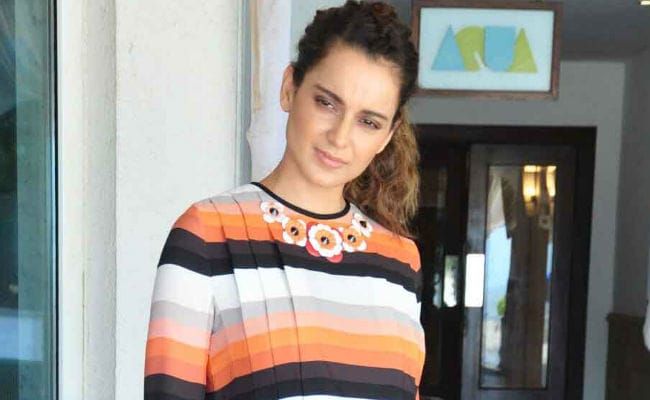 Kangana Ranaut photographed during the promotion of Simran.

New Delhi: Kangana Ranaut is enjoying the comforts of her spectacular bungalow in Manali, which as per the Queen actress' original plan was meant to be a "one bedroom house." Kangana's new place is situated against the backdrop of a picturesque mountain range (photos below). She told Times Of India: "Around four years ago... I told my parents that I want to make a very small house in Manali... like have a one bedroom and kitchen and see how I feel there. And I was so busy with my work. And they got this grand project, they saw the land, and I am like, 'What? You guys spent so much and got this, but I was just testing!' And then one thing rolled into another and my architect came over and she made this grand house."

Kangana said that she was not sure if she should invest all her savings "into something that I don't know if I will be able to relate with." But she said her visit to the Kartikeya temple (situated close to Kangana's place) was a "big indicator" for her. She also named her house after the temple because it was "more for a spiritual purpose." She told Times Of India: "The locals came and they said I should go and visit it. The vibration here is so strong, and when they told me there is this temple, I asked which one is this? And I had read a lot about Kartikeya's mahasamadhi in the Himalayas, and I asked if this is the same place where it took place, and they said yes. And I am like, 'This is it.' So that was this indication for me.

On her birthday (March 23), Kangana planted several trees in the garden of her bungalow. Rangoli shared pictures of Kangana gardening on her birthday.

Promoted
Listen to the latest songs, only on JioSaavn.com
Kanagan is currently spending most of the time with her family, especially her toddler nephew Prithvi Raj. Rangoli tweeted photos of 'maasi and kiddie':

Kangana Ranaut is currently completing Manikarnika-The Queen of Jhansi and she has also signed up for Ekta Kapoor's Mental Hai Kya.