Kangana Ranaut Says There's 'No Such Thing' As Fashion 2 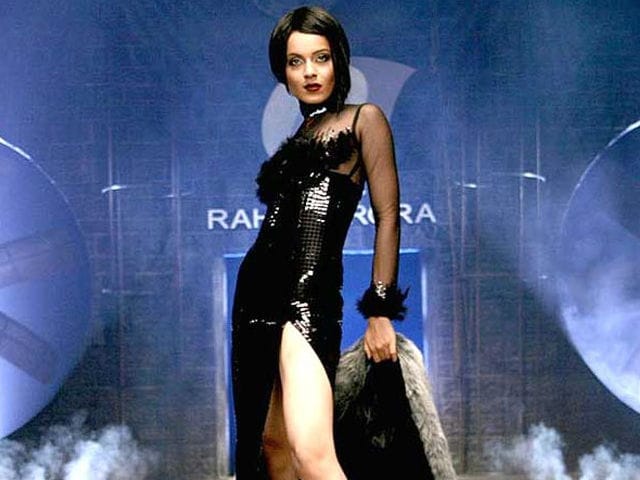 Kangana Ranaut in a still from Fashion

New Delhi: Actress Kangana Ranaut said that Madhur Bhandarkar did not approach her for Fashion 2, adding that, "There is no such thing. There are so many rumours floating around," reports news agency PTI. In 2008 film Fashion, Kangana co-starred with Priyanka Chopra and both the actresses won National Awards for Best Supporting Actress and Best Actress, respectively for their roles in the film. Kangana was last invited by Madhur Bhandarkar, who is currently filming Indu Sarkar, to his house warming party. "Madhur sir last called me for his house warming party and that was it. Our conversation was only regarding that and nothing else," she told PTI.

Kangana featured in successful films like Queen and Tanu Weds Manu series. But her last film, the Vishal Bhardwaj-directed Rangoon, was not as successful. Of Rangoon's failure, Kangana said: "Nothing can stop a film from being a hit if the audience loves it. I have worked with several first time directors who went on to make great films so I believe if the film is good, you'll get the love. May be we somewhere lacked in what we presented."

Promoted
Listen to the latest songs, only on JioSaavn.com
Rangoon released in February 2017 to fabulous reviews and critics praised Kangana's performance. "Most critics said that was my best work so far. I just felt sad that the film couldn't reach as many people as it could have. It's heartbreaking. My only grudge from the film is that not many people saw it. My work didn't reach to people and I felt really bad about it. But failure is inevitable. You've got to have setbacks. It's all part of the business," she told PTI.

Kangana Ranaut will next be seen in Hansal Mehta's Simran and director Krish's Manikarnika, a biopic on Rani Laxmibai. (With PTI inputs)