Kangana Ranaut says she won't apologise to journalists who, she claims, are 'ganging up' against her and who are 'on sale for Rs 60.' 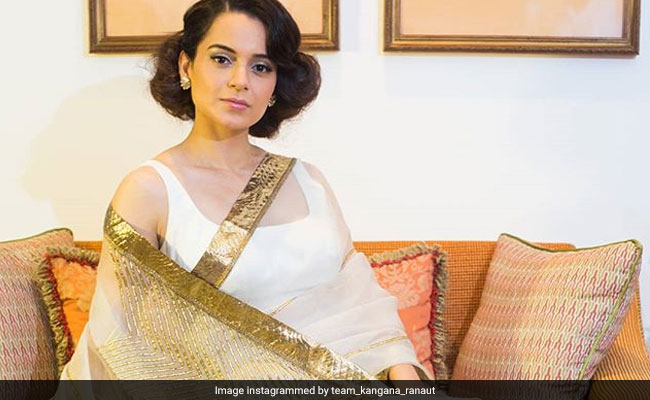 In a rambling rant against what she has described as 'deshdrohi, bikau, sasti, not even 10th-fail' media, actress Kangana Ranaut has refused to apologise for accusing a journalist of running a 'smear campaign' against her. In a two-part video message posted on her sister Rangoli Chandel's Twitter, Kangana reiterated her allegation that the journalist had ridiculed and given her film Manikarnika bad press. On Sunday, a film event she was at spiralled into an ugly argument with journalist Justin Rao who attempted to ask Kangana a question. A journalists body has demanded that the actress apologise, failing which she would receive no media coverage.

In these two tweets, Kangana Ranaut says she won't apologise to journalists who, she claims, are 'ganging up' against her and who are 'on sale for Rs 60.' Some journalists, she said, have helped her in her journey up the ranks of Bollywood - but not these journalists.

It seems to be a Mexican standoff now. Yesterday, Ekta Kapoor, who produces the new film Kangana Ranaut stars in and at whose event the argument took place, posted an apology for the 'untoward incident' and asked that the film's 'team effort' be respected. The Entertainment Journalists Guild, who sent a letter to Ekta the day before saying they would boycott Kangana Ranaut if she didn't apologise, said in a statement that Ekta's apology would not alter the ban.

#JudgeMentallHaiKya ! Love and respect to all

On Sunday, video footage of Kangana Ranaut's altercation with the journalist at an event to launch a new song from JudgeMentall Hai Kya? went viral:

Soon after the journalists body demanded an apology, Rangoli Chandel, who functions as her sister's manager, said in an insult-laced tweet that Kangana Ranaut would not apologise and that, instead, she would set the media straight. The media has asked the wrong person for an apology, she said.

Kangana Ranaut and Rangoli Chandel have shown themselves to be thin-skinned when comes to public criticism even praise, of her films. Rangoli posted a blitz of tweets with screenshots of Justin Rao's Twitter as evidence he had given Manikarnika bad press. Rangoli has also publicly upbraided actors Varun Dhawan and Taapsee Pannu for failing to single Kangana out for praise in their appreciation posts about the trailer of JudgeMentall Hai Kya?

JudgeMentall Hai Kya? also stars Rajkummar Rao and releases on July 26, having averted a clash with Hrithik Roshan's Super 30 after he brought forward his release date.