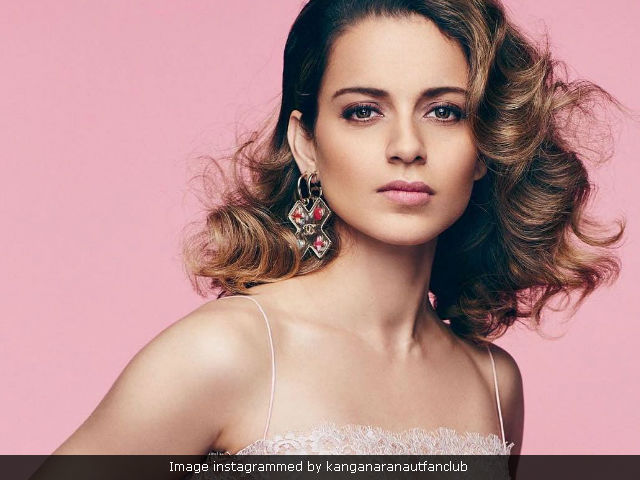 New Delhi: Actress Kangana Ranaut refused to directly comment on the controversy surrounding her Queen director Vikas Bahl, who has allegedly been accused of sexually harassing a female employee but she said that it is a "very serious issue" and women who face harassment at work should talk about it. The 30-year-old actress told news agency PTI: "It is a very serious issue. I can only say that whoever faces a situation like this, it's very courageous of a woman to come out and speak about it. I say this not regarding to this particular event, because I am not the party involved. But generally speaking, women who face this should be encouraged to talk about it by their families, colleagues and they shouldn't be shamed."

Kangana, who doesn't mince her words, did not back out when it came to defend her interest against Krrish 3 co-star Hrithik Roshan's allegations or even debate (in public) about nepotism in Bollywood with Karan Johar.

"More and more women should come out and talk about whatever they feel because that's how awareness will come about these issues. Of course, there will always be other side of the story. There are authorities who can decide what the right thing is. But people should speak up about whatever they feel, whether they are right or wrong, they must speak up and discuss it," she said.

Vikas Bahl, one of the four owners of Phantom Films has allegedly been accused of sexually harassing a female employee in Goa. A Mumbai Mirror report said that the director was asked to step down from his position in the company. Mr Bahl denied the reports and said, "Nothing has happened. I am running the company."

Recently, TVF boss Arunabh Kumar was accused of sexual harassment by an ex-employee. South actress Varalaxmi Sarathkumar also tweeted about being harassed by a TV channel head in March. She subsequently launched a campaign - Save Shakti - to help women in the entertainment industry to tackle cases of workplace sexual harassment.

Promoted
Listen to the latest songs, only on JioSaavn.com
Kangana Ranaut was last seen in Rangoon and her upcoming film is Hansal Mehta's Simran.