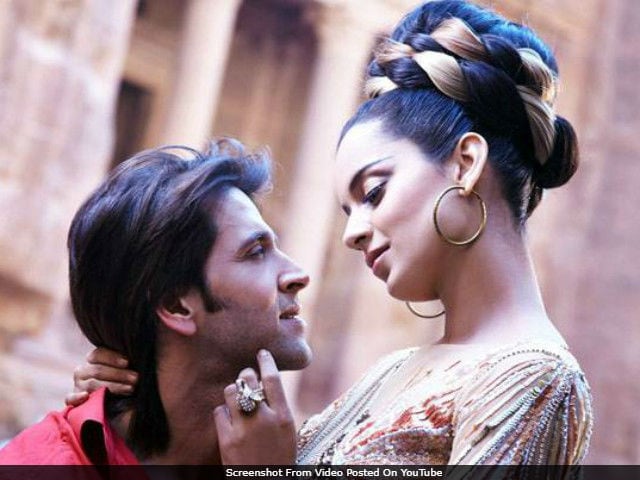 Kangana Ranaut and Hrithik Roshan in a still from Krrish 3 (Image courtesy: YouTube)

New Delhi: Actress Kangana Ranaut never asked the Maharashtra Women's Commission for assistance in dealing with Hrithik Roshan, chairperson Vijaya Rahatkar repeated again today. Ms Rahatkar spoke to the media after posting a series of tweets last week in response to Kangana's claim that the Women's Commission refused her help. "No complaint has been filed by Kangana and she has never approached the commission on her issues," Ms Rahatkar said, reported news agency IANS. Kangana Ranaut said on TV show Aap Ki Adalat last week that she went to the panel after Hrithik allegedly threatened to make private pictures and videos public. She also described the Women's Commission as 'saleable' and 'hypocrites.'

Vijaya Rahatkar defended the panel vehemently: "Kangana has not even approached my predecessors. We have learnt that she has approached a woman who claimed to be a member of woman's commission. There is no complaint from her even in the past 25 years." Ms Rahatkar also revealed that she had spoken to Kangana Ranaut and "told her this is wrong on her part."

Ms Rahatkar denied that the Women's Commission would refuse to help, if approached. "Kangana is well versed about her rights and the laws. She knows the working of the women's commission. If she approached the commission, we will help her," she said, reports IANS.

Deeply disturbed by Ms.Kangana Ranaut's irresponsible statement where she has made grave allegations against the Womens Commission. 1/3 https://t.co/LPAoHPbQAv

Neither has Ms.Kangana Ranaut ever approached Womens Commission nor is Gurmeet Chadda associated with MSCW in any way. @RajatSharmaLive 2/3

MSCW is fully committed to the cause of women in distress. Unfortunate that Ms.Ranaut has chosen to project us wrongly. @RajatSharmaLive 3/3

Promoted
Listen to the latest songs, only on JioSaavn.com
The Kangana-Hrithik dust up descended swiftly from the realm of gossip into a tangle of legal notices and police complaints after the actress spoke publicly about a 'silly ex' last year, appearing to refer to her Krrish 3 and Kites co-star. Hrithik, who denies he and Kangana ever dated, responded with a legal notice demanding an apology. Much of 2016's headline space was occupied by their exchange of recriminations - Hrithik claimed an imposter had been emailing Kangana pretending to be him, she claimed he threatened to 'slut-shame' her with pictures and videos.

In the last few weeks, Kangana Ranaut has raked up the bad blood between her and Hrithik Roshan again during promotions of her new film Simran. On Aap Ki Adalat and other TV shows, she said Hrithik and his father Rakesh Roshan had made 'fools of themselves' and demanded an apology.