Kangana Ranaut said, "I think the way people, I mean audience love me that empowers me." 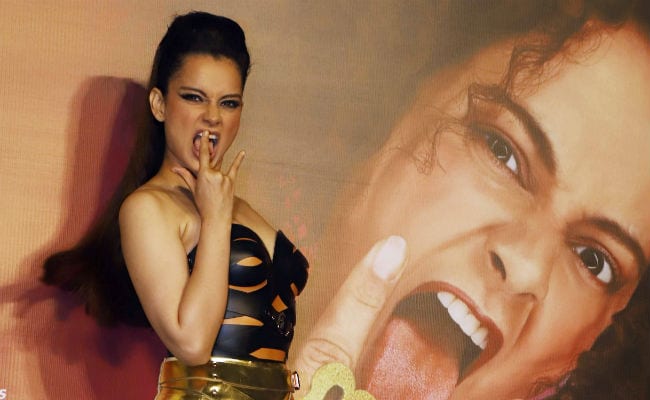 National award-winning actress Kangana Ranaut, who is gearing up for her upcoming release Judgementall Hai Kya, says that despite having faced constant criticism from the film fraternity, she feels confident and empowered as the audience love her acting and always shower love on her. "I think the way people, I mean audience love me that empowers me. The way my fans love my acting, my personality it gives me confidence. Industry wale jaye tel lene (let the film industry go to hell)... People's love empowers me. I am really humbled," said Kangana while talking about the criticism she faced from the film industry.

Kangana was addressing media persons during the trailer launch of her upcoming film.

The actress was accompanied by screenplay writer of the film Kanika Dhillon, director Prakash Kovelamudi among others. Due to heavy rain, lead actor Rajkummar Rao could not attend the event.

According to Kangana, the story of Judgmentall Hai Kya is not a sob story of a female protagonist who is suffering from a mental condition.

"I think the revolution in the mainstream cinema came from Tanu Weds Manu, wherein a heroine is shown in a real way. Tanu knows how to play around with boys but she is not a vamp," said Kangana. "In the same way, Bobby, in this film, is going through mental illness but she is not sitting in a corner and sobbing about it," she added.

Talking about Kangana's character in the film, Kanika Dhillon said, "Honestly, because of Kangana's outspoken nature, I do not think there is any other actress in the industry that could have pulled off the character the way she did."

Kangana noted, "There was a phase in my life when people openly tried to shame me and said that I was mad, I was on medication. Even though I wasn't, I replied to them, "So what?" I would not have felt ashamed even if I were on medication."

"However, when Kanika narrated the script to me, I felt more compassionate towards the character because the society also calls "Bobby" a mad girl. It became more relatable for me. Honestly, I am ok with things that people say," said the Queen actress.

Judgementall Hai Kya is set to release on July 26.

Earlier this week, it was reported that Sushmita Sen and Rohman Shawl are headed for a break-up Image courtesy