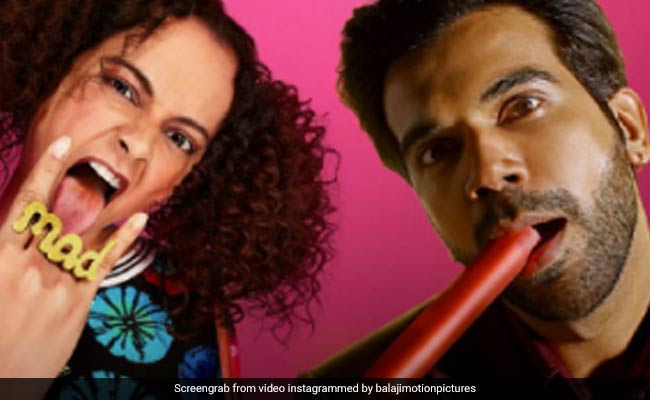 The much awaited trailer of Kangana Ranaut and Rajkummar Rao's Judgementall Hai Kya dropped on the Internet on Tuesday and we bet that the "pulse-pounding cat and mouse" chase game between Kangana, Rajkummar and police will increase your excitement for the film even more. The 2 minutes 35 seconds long trailer shows both the "power house performers" turning into suspects in a murder case and their mad sides make it hard for police to choose the actual criminal. The trailer starts with police suggesting that Kangana and Rajkummar's characters are suspects for a murder. Bobby (played by Kangana) enters the frame and shows her short-tempered and "complex" side, where in the background, the narrator calls her charming, fast-talking, paranoid but also a complex character, who is "comfortable" in asylum than in jail.

Further, the trailer shows Rajkummar Rao as Keshav, who moves in next door to Bobby. Bobby is obsessed over Keshav and his "normal" lifestyle but feels that normal people are dangerous. The rest of the trailer shows the two characters getting involved in a murder mystery, where both are trying to prove innocence in the said crime. The story gets interesting when Bobby and Keshav try to prove each other guilty and as the tagline suggests, it becomes a "trust no one" situation for us.

Sharing the trailer on social media, Balaji Motion Pictures wrote: "JudgeMentall Hai Kya will see Kangana and Rajkummar play two prime suspects of a captivating murder mystery case. The two actors are pitted against each other in the film and will be seen indulging in a game of one upmanship."

Check out the trailer:

The Prakash Kovelamudi-directed thriller, which was earlier titled as Mental Hai Kya, was at the receiving end for quite some time with many people calling the previous title derogatory and insensitive to those battling mental health issues. Following this, the makers changed the title to Judgementall Hai Kya.

"Given the sensitivity attached to the issue of mental health and our intention of not offending or hurting anyone's sentiments, the makers have decided to change the title of the film "Mental Hai Kya" to "Judgementall Hai Kya"," a spokesperson for the banner said in a statement, reported news agency PTI.

Judgementall Hai Kya is being produced by Shobha Kapoor, Ekta Kapoor and Shaailesh R Singh. The film will open in theatres on July 26.