Kangana Ranaut Describes 2016 As 'Testing,' Says She's 'Happy It's Over' 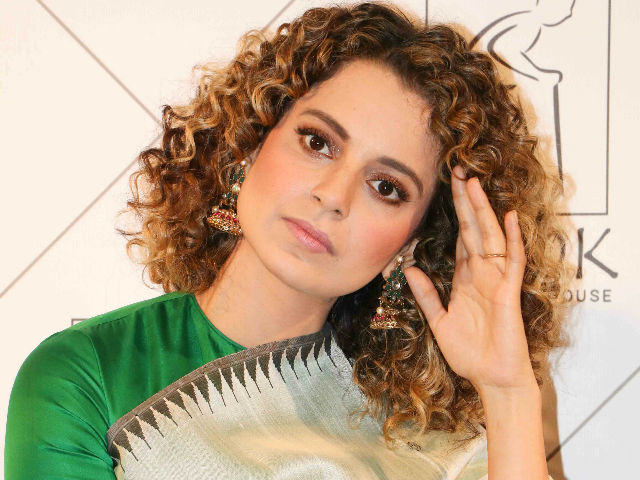 Kangana Ranaut says 2016 was very testing on many levels

New Delhi: As the countdown to the new year begins, actress Kangana Ranaut has said she's only too glad to see the back of 2016. Kangana, 29, won her third National Award - for Tanu Weds Manu Returns - this year but, apart from that particular triumph, describes 2016 as 'testing,' reports news agency PTI. Kangana hasn't had a film release this year but her very public and bitter feud with actor Hrithik Roshan occupied plenty of headline space. "It was a full roller coaster year for me. It was quite a year. It was very overwhelming on many levels, very testing on many levels. But I am just so happy it's over, trust me," Kangana said, reports PTI. She was speaking at a book launch in Mumbai.

Kangana says she and Hrithik, 42, dated after filming Kites and Krrish 3. Hrithik denies that their equation was ever romantic. For a large part of this year, the actors have exchanged public recriminations, after Kangana appeared to refer to Hrithik as a 'silly ex' in an interview. He sent her a legal notice demanding she retract and apologise, she sent him a legal notice back. Hrithik also filed a complaint with Mumbai Police's cyber cell alleging that an imposter had been corresponding with Kangana pretending to be him. Kangana maintains that it was really Hrithik emailing her all along.

Kangana Ranaut, who recently returned to Mumbai after filming Imran in USA, also said that 2017 was tough because of the complex character she played in director Vishal Bhardwaj's next film Rangoon, releasing next year. "This is one year I was just waiting for it to get over because like I said, it was so testing on a personal level on a professional level, I had to go along with the mess that I was in...go through the strongest character of my life.. Julia's character. It was the most testing character. So on every level it was very testing. I am glad that we are heading towards 2017 now," she told PTI.

Promoted
Listen to the latest songs, only on JioSaavn.com
Rangoon, which co-stars Saif Ali Khan and Shahid Kapoor, is a drama set in World War II. The first trailer of the film is expected later this month. Simran, in which Kangana Ranaut is directed by Hansal Mehta, is also scheduled to release next year.