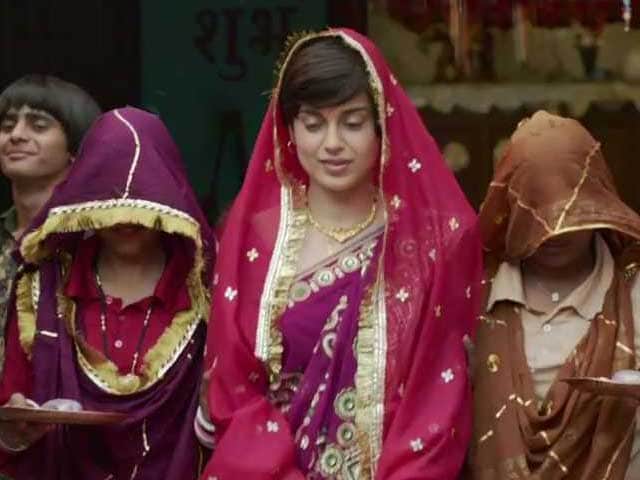 A still from the trailer of Tanu Weds Manu Returns

Bollywood might do worse than to pin its hopes on director Aanand L Rai's Tanu Weds Manu Returns in reviving the film industry's flagging fortunes in a so-far slow year. The trailer of the sequel to the 2011 hit Tanu Weds Manu was released on Tuesday and has been widely praised on Twitter.

Promoted
Listen to the latest songs, only on JioSaavn.com
Kangana and Madhavan's Bollywood colleagues have heaped praise on the trailer. Here's what they said.

Probably the best trailer I have ever seen that it evokes immediate interest to watch the film."Tanu Weds Manu" part 2. Sincere best to all!

Just when you thought it couldn't get better... https://t.co/UfPQDRP3rL Love love love this @aanandlrai@ActorMadhavan#KanganaRanaut

Loved d trailer of Tanu Weds Manu Returns. Everybody is so good. Kangana is BRILLIANT once again.:) #aanandraihttps://t.co/zEA9TSMkMR

Here is the trailer if Tanu weds Manu returns http://t.co/EFWv2LfnVg - fantastic .. Proud of u mere bhai

@aanandlrai tanu weds manu returns and you are back sir!loved the trailer

Congrats @aanandlrai@ActorMadhavan. The film looks like too much fun. #TanuWedsManuReturnshttp://t.co/FF9wMjkaM6

The sequel will begin from where the original film ended and explores what happens after a Bollywood-scripted wedding has taken place.

Tanu Weds Manu Returns is set to release on May 22.