Why Indian 2 Could Be Kamal Haasan's Last Film

Kamal Haasan said: "I will have my production company continuing in the field. Somebody else will run it" 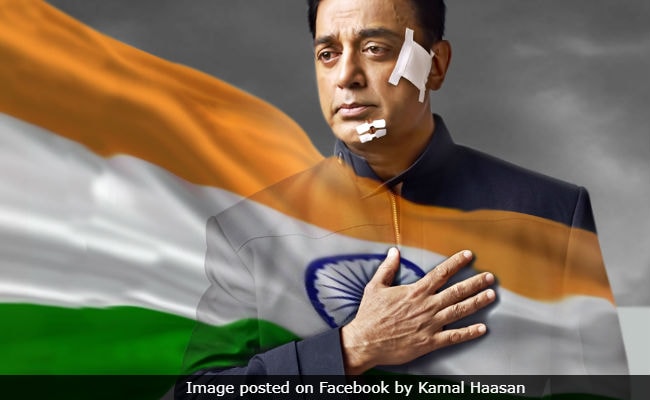 Signalling what could be curtains on a long and illustrious film career, actor Kamal Haasan has indicated winding up his cinema stint to be an "effective" politician. The founder of the Makkal Needhi Maiam (MNM) has indicated that the sequel to his 1996 blockbuster Indian, titled Indian 2, could "probably" be his last film. "I will have to wind up to be effective as a politician... you have to dedicate time totally (for politics). But I will have my production company continuing in the field. Somebody else will run it," the 64-year-oldactor-politician told reporters at Kizhakkambalam near Kochi Monday.

Besides Indian 2, Kamal Haasan is involved in the trilingual Sabash Naidu directed by him and another untitled movie, and may not sign any ventures after that, sources close to him said in Chennai. The films are slated for release over the next two years, even as his party plans to contest next year's Lok Sabha polls.

Kamal Haasan, however, said his production company Raajkamal Films, would continue producing movies. He was in Kizhakkambalam to inaugurate a housing project for the poor completed by the 'Twenty20 Kizhakkambalam initiative.'

Kamal Haasan had taken the political plunge on February 21 this year, floating his MNM at a grand event in Madurai. Since then he has been critical of the ruling AIADMK on issues including corruption, though he had made some occasional swipes at the ruling party earlier also.

Fondly addressed by his fans as 'Ulaga Nayagan' (Universal Hero), Kamal Haasan made his debut as a child artiste in the Tamil film Kalathur Kannamma in 1959. The image of the orphaned, bare-chested boy praying to Lord Muruga with folded hands, calling him his mother and father, remains etched the minds of many a Tamil cinema buff.

A talent later picked up and nurtured by veteran director and Dadasaheb Phalke Award recipient, the late K Balachander, Kamal Haasan ventured into various genres, donning the hats of director, poet, producer and even a columnist.

Whether the psycho-killer in Sigappu Rojakkal or the rustic villager in Pathinaru Vayadinile or the stylish urbane youth in Michael Madana Kama Rajan, Kamal Haasan enacted them with absolute ease, in the process earning a good fan-following.

He also ventured into experimental scripts, such as Pushpak, which had no dialogue, and the innovative back and forth narration in his directorial venture Virumaandi - films that among many others earned plaudits.

His last release was Vishwaroopam 2, but the film failed to make a mark at the box office. Experimenting with make-up techniques was another of his unique aspects.