Vishwaroopam 2 Movie Review: Kamal Haasan's Film Fires Blanks - Noisy But Of No Use 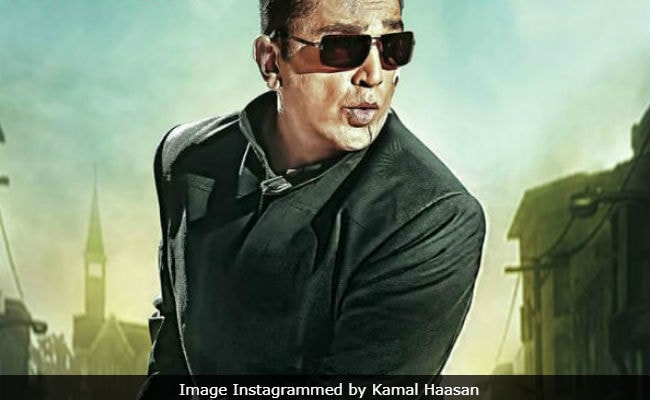 The long-awaited follow-up to 2014's Vishwaroopam (Hindi title: Vishwaroop 2) is an empty shell. As tiresome as the first part was exhilarating, it is an incoherent muddle that is not even middling in terms of quality. Sexagenarian superstar Kamal Haasan, also the writer and director of this bloated mess, clearly used up all his ammo in the first go. Vishwaroop 2 is left working with low-yield leftovers.

The film's numerous explosions, gunfights, ticking time bombs and verbal jousts add up to a lot of sound and fury that signify that the makers are trying far too hard to make it work. They hit a wall. Five years is a long time in a movie industry. The world has moved on, terrorism has gotten much worse, and Mission Impossible has just delivered its best instalment ever. Vishwaroop 2, hopelessly stuck in the past, is a step backwards.

It is shorn of the intrigue and mystery that surrounded the character of Wisam Ahmad Kashmiri (Kamal Haasan), a US-based Kathak guru who has a double life that the world - even his wife, Nirupama (Pooja Kumar) - better not know. This time around, there are no secrets and the ruthless RAW agent, nursing a couple of face injuries neatly dressed with designer medicated strips, is called upon to save first London and then Delhi from terrorists on the loose. 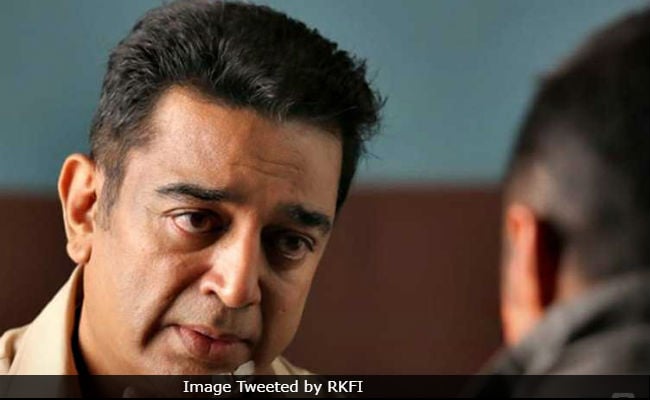 Kamal Haasan in a still from the trailer of Vishwaroopam 2.

Wisam, despite the fact that his religious identity is held against him by naysayers in the secret service hierarchy and his commitment to the nation is tangentially questioned, sails through without breaking a sweat. It is all so pat and predictable that it is difficult to stay invested in his exploits in the face of grave danger.

Vishwaroop 2 itself seems to recognize the massive hole in its heart: it returns repeatedly, via flashbacks, to the rousing Afghanistan action sequences (some of them served up in super slow-mo and freezes that leave actors suspended in mid-air) that enhanced the wow quotient of Vishwaroop. It also bungs in two climaxes for good measure, one brings the curtains down at the halfway mark, the other marks the end of the film. Neither delivers genuine thrills.

The protagonist's nuclear oncologist-wife is now a completely tamed woman doting on her man. There are no references to the tantalizing affair that she had with her boss in the first part. She and Wisam's trusted aide Asmitha Subramaniam (Andrea Jeremiah) shadow him all the way, forcing him into situations that endanger their own lives and the lives of others. 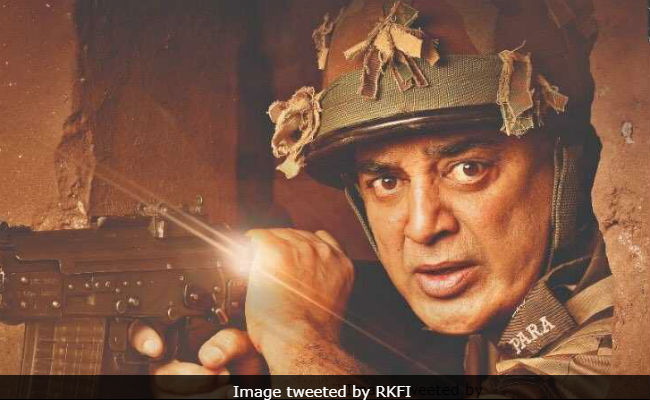 But when push comes to shove, Nirupama proves what a tough nut she is. With two British Navy divers for company, she plunges deep into the ocean off Sheerness-on-Sea to locate 500 tonnes of still-live explosives that went down with the US cargo ship SS Richard Montgomery during World War 2. This act of courage is an important plot point - it propels Vishwaroop 2 towards the intermission but not before the invincible hero steps into the breach and stamps his authority on the proceedings.

Early in the film, during a car ride in the UK - it is interrupted by an attempted ambush that is quickly neutralized by Wisam - a senior spy at the wheel apologizes to the hero's wife for going on and on about "blood and gore". What about the relentless, unapologetic bloodshed that subsequently occurs in the film? It leaves one completely cold.

Some limp attempts are made to inject some romance and emotion into Vishwaroop 2. They've put their doubts and differences behind, so Wisam allows himself some moments of intimacy with Nirupama. Dazzled by his facial contortions and verbal acrobatics, she asks: Is this because of your kathak skills? He replies: "Yeh bhi ho sakta hai main achcha actor hoon (It is possible that I am a good actor." There can be no doubt on that score. Kamal Haasan is one of the most versatile screen performers this side of the Suez, but he simply isn't cut out at this age for a riff on James Bond/Ethan Hunt, no matter how well-intentioned it might be.

The other members of the cast, which includes Shekhar Kapur as senior RAW operative Colonel Jagannathan and Ananth Mahadevan in a cameo as a compromised Indian spy, serve only to provide the surround sound to prop up a film that huffs and puffs aimlessly and runs out of breath before it can acquire any real pace and purpose.

At another point, Nirupama tries to kiss Wisam. He has a stitch under his lips. So he recoils. She expresses concern: Pain? Wisam's profound response - "no pain, no gain" - is so corny that it hurts. Vishwaroop 2inflicts a lot of pain all right, but there is never any sign of gain in sight.

The principal baddies - Al-Qaeda men Omar (Rahul Bose) and Salim (Jaideep Ahlawat) - hang back for a while, appearing only in the flashbacks that are liberally peppered through the film. They resurface in the run-up to the finale and give Wisam a pretext for another bout of heroism as they threaten to blow up Delhi using the very method that they had devised for the destruction of New York the first time around. Omar, sans an eye and with a collapsed larynx, croaks out his ominous threats. A villain has never been so comical. No wonder the duels that ensue generate no tension or foreboding.

To impress upon the audience that Wisam isn't a heartless spy focused only on eliminating his foes, the spotlight is briefly trained on his Alzheimer's-stricken mother (Waheeda Rehman). Now living in an old age home, she fails to recognize her son. So the latter harks back to his kathak days to rejig her fading memory but to no avail. This sequence is supposed to bring a lump to the throat. It does nothing of that sort.

That pretty much sums up Vishwaroop 2. It repeatedly fires blanks - noisy but of no use. Has a movie sequel ever been so pointless?