Kalank New Poster: Sonakshi Sinha 'Holds A World Of Emotions In Her Eyes'

Directed by Abhishek Varman, Kalank is a period drama set in the Forties 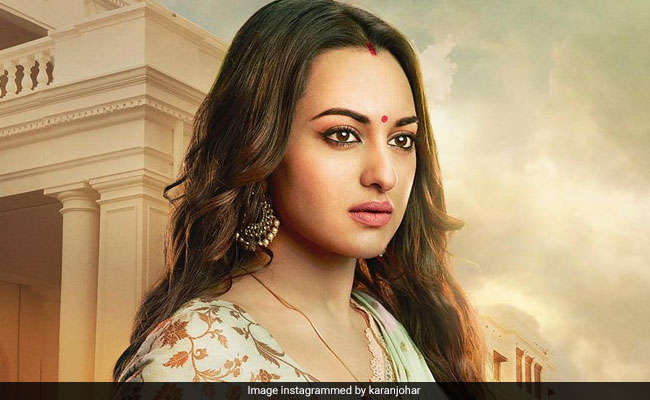 We just can't seem to get enough of Kalank posters and the latest one, featuring Sonakshi Sinha reminds us why. In the sepia-toned poster, the Dabangg actress can be seen dressed in a printed mint coloured saree and her eyes speak volumes. Kalank producer Karan Johar, who has been actively promoting the film on social media, shared the poster on Friday and wrote: "She holds a world of emotions in her eyes. "Meet Satya in cinemas on April 17." Sonakshi too shared her second poster from the film and wrote: "A role I will always cherish.... Satya."

Check out the poster of Kalank here:

Last week, Sonakshi shared her first look from the film on social media. Sonakshi, who will be seen playing the role of Satya in the film, wrote: "Love, longing, integrity and sacrifice... This is what Satya stands for." A section of the Internet thought that Sonakshi's look inKalank is quite similar to her look in the 2013 film Lootera.

Love, longing, integrity and sacrifice... this is what SATYA stands for. #womenofkalank #kalank

Karan Johar, who has produced the film under his banner Dharma Productions, described the film as his late filmmaker-father Yash Johar's "dream project." Before launching the film's teaser, Karan shared a special post, wherein he traced the film's origin. An excerpt from Karan's post read: "A film that was born in my heart and mind 15 years ago."

Kalank will hit the screens on April 17.