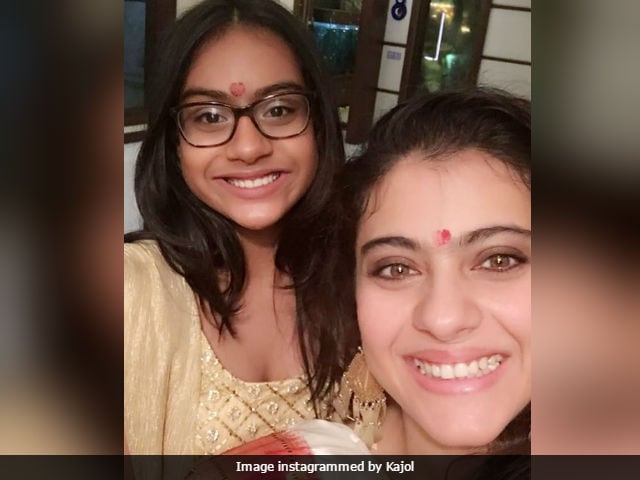 Kajol in a selfie with Nysa (Image courtesy: Kajol)

New Delhi: Actress Kajol posted a cute throwback picture of her daughter Nysa, along with a heartfelt message, on her birthday today. The actress wrote, "It's always been your smile. Happy birthday to my darling girl. Love you to the moon and back. (sic.)" In fact, the 42-year-old actress had taken Nysa out for shopping on Tuesday, after school. Nysa and Kajol were photographed outside an upmarket shopping destination in Mumbai. Dressed in her school uniform, Nysa, who turned 14 on Thursday, exited the store with a Charles and Keith shopping bag, along with her mother, who sported a cool blue top and a pair of denims. Here's a look at the post.

It's always been ur smile Happy birthday to my darling girl. Love you to the moon and back .

Here's a picture of Kajol and Nysa shopping in Mumbai on April 18. 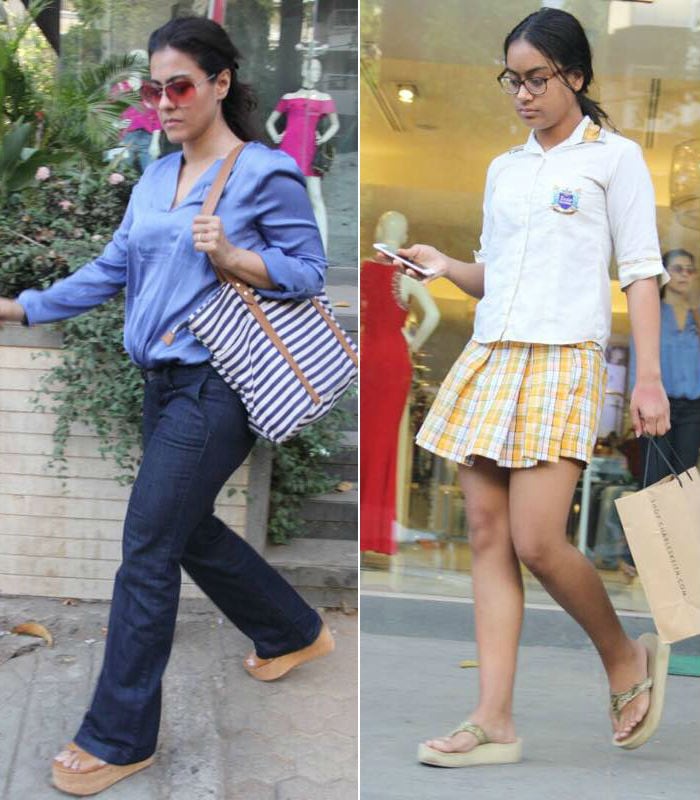 Kajol and Nysa photographed in Mumbai

Promoted
Listen to the latest songs, only on JioSaavn.com
Though Kajol and Nysa are seldom photographed together at events, the actress often shares pictures of them on Instagram. Incidentally, Kajol shared a video of herself on her 42nd birthday, shot by Nysa. The video, which had Kajol thanking her fans for wishing her on her birthday with photos and videos, was perhaps shot several times before it was approved. "If you make me do this another time, I swear, I will kill you," an annoyed Kajol pleads Nysa, as she records it. Meanwhile, the recording has already begun and we can hear Nysa at the background alerting her mother, saying, "Arrey it started." Then begins the My Name Is Khan actress' message for her fans in a rather animated way. Nysa concludes the video with a laugh and complimenting her mother, "You are adorable." Take a look.

Kajol is married to actor Ajay Devgn and the couple also have a son, Yug, together. Kajol, will next be seen in VIP 2 with Dhanush.