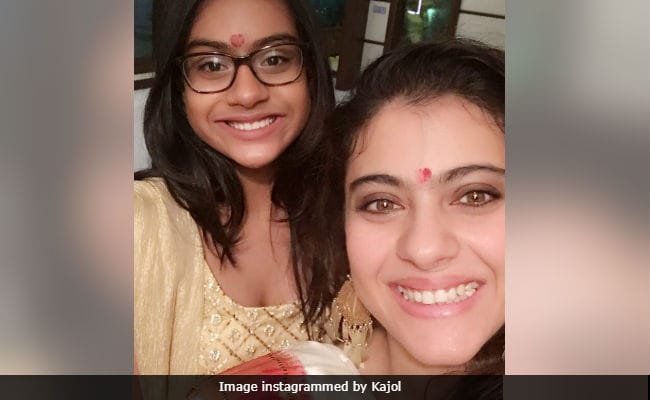 New Delhi: Actress Kajol's says sending Nysa to Singapore for higher education was tougher for Ajay Devgn than her. She told Hindustan Times that they sent Nysa to Singapore "for her own good" and added: "It was very, very tough for me, but not as tough as it was probably for Ajay because I have myself studied in a boarding school away from home." Nysa is the elder of Kajol and Ajay Devgn's two children. Her brother Yug, 7, stays in Mumbai with his parents. "It's really difficult for any parent to be separated from your children, but at the end of the day, it's for their own good," Kajol said.

Kajol and Ajay Devgn along with their children were in Singapore last month. They celebrated their wedding anniversary there and returned after dropping Nysa to her high school.

Kajol has vocally slammed the paparazzi for following her children and clicking pictures as they go about the town minding their own business. The actress told Hindustan Times: "I don't know if the attention makes them mature too much (before time), but yes, they need to put their guard up, for their privacy, which they are entitled to and freedom up to a certain point."

Promoted
Listen to the latest songs, only on JioSaavn.com
Kajol was last seen in 2017's VIP 2, co-starring Dhanush. The film was directed by Soundarya Rajinikanth and it was Kajol's second Tamil film in two decades. Her last Bollywood film was Dilwale opposite Shah Rukh Khan, which released in 2015.

Kajol's next film is Eela, which is directed by Pradeep Sarkar (Mardaani) and produced by Ajay Devgn. Eela is an adaptation of Ship of Theseus director Anand Gandhi's Gujarati play, titled Beta, Kaagdo.