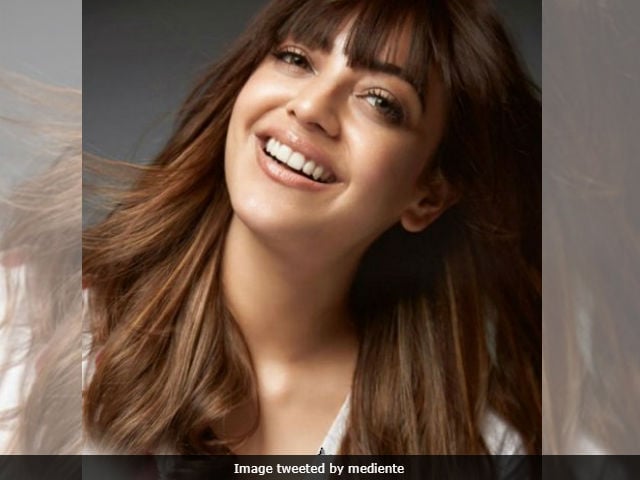 New Delhi: Actress Kajal Aggarwal has been finalised to play Kangana Ranaut's role in the Tamil remake of 2014 film Queen. The official Twitter handle of the film's production house shared the first poster of the film, which had been title Paris Paris. Ramesh Aravind, who will be directing Kajal in the remake, shared the first look on his timeline and said: "Happy to direct Paris Paris starring Kajal Aggarwal." On her part, Kajal only retweeted Ramesh Aravind. Kajal is the star of Tamil films Darling (2010), Mr. Perfect (2011), Naayak (2013), Temper (2015) and most recent Nene Raju Nene Mantri (2017). Her resume is strengthened by Telugu films such as Chandamama and Magadheera.

The film will be officially launched on Sunday via Facebook Live. Here's the first look of Kajal Aggarwal in Paris Paris:

Please join us on FB live https://t.co/W5JcB97ZGy at official for the launch of the Tamil #Queenremake "Paris Paris" at 10.30 am 24th Sept pic.twitter.com/dXuuFjpXzc

Promoted
Listen to the latest songs, only on JioSaavn.com
Queen is arguably one of Kangana Ranaut's best film till date (can't forget the Tanu Weds Manu series) and her portray of Rani fetched Kangana Best Actress National Award. In Queen, Kangana plays the role of Rani, whose fiancé (played by Rajkummar Rao) calls-off the wedding on the D-day. Rani then takes off to Paris, where she was meant to go with her husband for her honeymoon. The trip changes her completely as she discovers her the person she really is. The film was directed by Vikas Bahl.