"The man in question seems to have some psychological issue," said Sandeep Reddy Vanga 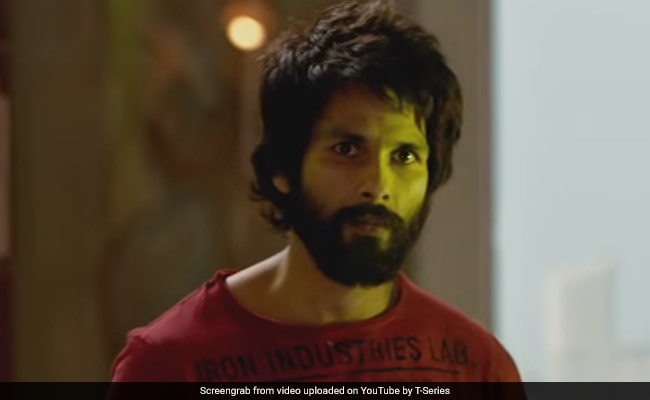 Kabir Singh director Sandeep Reddy Vanga has responded after the death of a Tik Tok user who was accused of three murders and often made references to the controversial film on his account. Ashwini Kumar shot himself dead last week in Uttar Pradesh; he was the main suspect in three murders, including that of a woman who allegedly rejected his romantic overtures. Speaking to mid-day, Mr Vanga said that while filmmakers 'need to consider repercussions,' his films - in particular the controversial Kabir Singh and its Telugu original Arjun Reddy - 'never supported murder.'

'Johny Dada' or 'Tik Tok Villain,' as Ashwini Kumar was known, was cornered by police in Bijnore, Uttar Pradesh and shot himself on a bus, news agency IANS reported last week. He was wanted for the murders of a local BJP leader's son and nephew, and a young woman who allegedly turned him down. Ashwini Kumar often posted film stills of actor Shahid Kapoor from Kabir Singh on his social media accounts. In one of his videos, he repeated one of Kabir Singh's dialogues: "Jo mera nahi ho sakta, usse kisi aur ka hone ka mauka nahi doonga."

Sandeep Reddy Vanga told mid-day, "I feel sorry for the girl and her family. It is unfortunate that people have lost their lives. As filmmakers, we are responsible for our craft and need to consider the repercussions but never have my films endorsed killing anyone. Kabir Singh or even Arjun Reddy (the Telugu original) never supported murder."

Asked about Ashwani Kumar quoting a dialogue from the film in one of his videos, Sandeep Reddy Vanga said: "The man in question seems to have some psychological issue. Such people often look up to Bollywood celebrities, sportspersons or politicians. If you see Shahid's character in the film, he is a self-destructive person, who is harming himself more than anyone else."

Kabir Singh opened to massive criticism but superlative box office numbers earlier this year. Despite being accused of sexism, misogyny and of glorifying violence, the film fetched over Rs 370 crore worldwide and is this year's second biggest earner.

Sandeep Reddy Vanga previously defended his film against its critics but ended up creating more controversy when he attempted to justify a scene in which the lead actors, played by Shahid and Kiara Advani, slap each other. In an interview with Film Companion, Mr Vanga said that love meant "the liberty of slapping each other." He later claimed the interview had been edited.