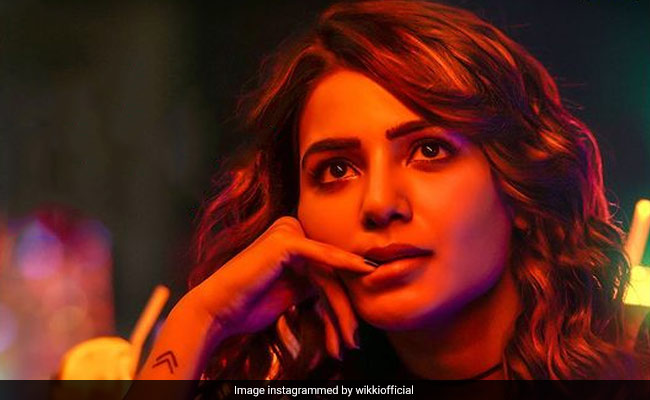 The next post by the director introduces Samantha Ruth Prabhu as Khatija. In the poster, she is seen wearing a black top and a choker, exuding a chic vibe. Posting the image, the director wrote, “Happy to present Khatija,” with a host of heart and heart-eye emojis.

Now, it is all eyes on Nayanthara's look in the much-awaited film. This is the first time superstars Samantha, Vijay Sethupathi and Nayanthara are teaming up for a film. Kaathuvaakula Rendu Kaadhal is the fourth film to be directed by Vignesh Sivan. The music of this film is composed by  Anirudh Ravichandran.

Before Kaathuvaakula Rendu Kaadhal, Vijay Sethupathi has worked with both Samantha and Nayanthara separately. He starred in the film Naanum Rowdy Dhaan with Nayanthara. The film too was helmed by Vignesh Sivan.

On the other hand, Samantha and Vijay Sethupathi featured in the film Super Deluxe. However, they did not share screen space in the film.

Meanwhile, Vignesh Sivan and Nayanthara who are dating made headlines recently after Koozhangal (Pebbles), the film the couple jointly produced was selected as India's official entry into the Oscars.

Sharing the news, Vignesh Sivan said, “Yes! This is happening in our lives! Thanking the universe.”

The release date of  Kaathuvaakula Rendu Kaadhal has not been announced yet.

Liger Vs "The Legend": When Vijay Deverakonda Came "Face To Face" With Mike Tyson