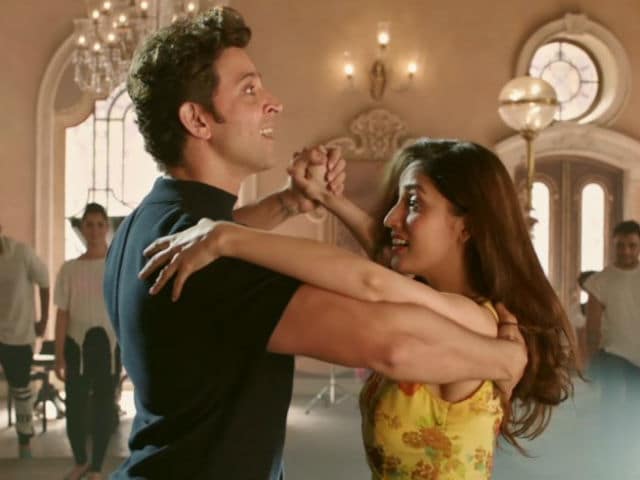 New Delhi: Mon Amour, the new song from Hrithik Rohan's upcoming thriller film Kaabil, was released on Thursday. The song featuring Hrithik and his co-star Yami Gautam's dance, became a top trend on social media within few hours. 'Mon Amour' is a French word which means 'My Love'. The song is high on energy and Hrithik and Yami's dance has won our hearts. In the video, Hrithik, 42, encourages Yami, 27, to dance. Kaabil releases on January 25. Hrithik and Yami play Rohan Bhatnagar and Su - both of who are visually impaired. We very well know that Hrithik is a superb dancer but Yami's dancing skills are also a treat to her fans. Last week, a romantic song Kuch Din was released that shows Hrithik and Yami's good times ahead of their wedding.


Mon Amour is sung by Vishal Dadlani and the lyrics have been written by Manoj Muntashir.

The song releases few hours after Shah Rukh Khan unveiled the romantic number O Zaalima from his upcoming film Raees. Both the films are set to clash at the box office on January 25.

At the song launch Hrithik said to news agency IANS: "I think I am capable of doing everything that I want to do in my life. I think we all should have the same thought process because that is the starting point."

About his role in the film, Hrithik told IANS: "Kaabil is something very challenging for me. This is the role for which I had to give maximum time and maximum effort. As an actor, I realise that it takes time to play a blind person -- how to get the body language right or how to react, makes even tougher. In this regard, it (the role) is different. This is the most difficult role I've done."

Promoted
Listen to the latest songs, only on JioSaavn.com
Kaabil is produced by Rakesh Roshan. Hrithik and Yami will be sharing screen space for the first time in the film.