Were you missing Navya Naveli Nanda's sweet social media posts? Here's a treat for you 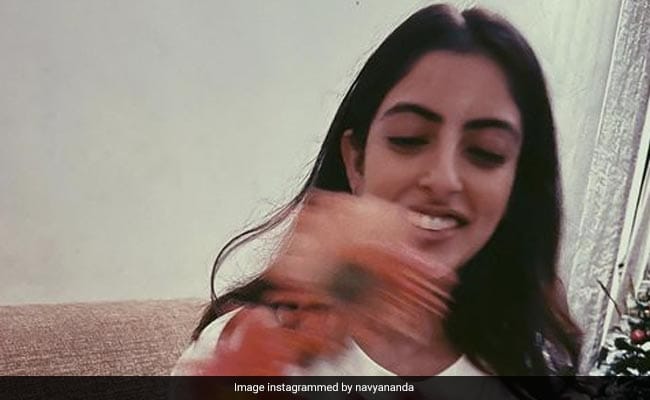 Amitabh Bachchan's granddaughter Navya Naveli Nanda has left her fans happy with her latest social media post. In the photos, Navya is posing with a bunch of flowers and her vivacious smile is stealing the show. The first photo is blurry and the second photo has Navya hiding behind the flowers. Navya Naveli Nanda has shared the photos with an array of emojis. Navya is dressed in a white t-shirt with NASA written on it and her emojis also include a spacecraft emoji. Actor Siddhant Chaturvedi left an alien emoji in the comment section. Fans have filed Navya's comment section with sweet words and red heart emojis.

Recently, in an interview with Barkha Dutt, as reported by Hindustan Times, Navya Naveli Nanda said that she never thought about acting. "I enjoy dancing and things like that but it was never something I took seriously that I would do this as a career. I was always more inclined towards business. My grandmother and aunt were both working women. They were also were involved in the family business in some capacity. Being the woman in the family and taking that forward was also something of pride for me. But I don't think acting is something I would have done," said Navya.